In the NBA Finals, Warriors are doing the most damage on the defensive end

In the NBA Finals, Warriors are doing the most damage on the defensive end

Let’s get the obvious out of the way from the start: Golden State Warriors is a prominent three-point shooting team. I know that is an earth-shattering statement to make, but 24 threes made over a two-game span at a clip of 40 percent while your opponent has made only half as many while shooting 27.3 percent does tend to have a major impact on why the 2016 NBA Finals is at 2-0 in favor for the Warriors.

But here is the real reason the Warriors are in the driver’s seat flying to Cleveland with a 2-0 lead – defensive schemes and defensive execution.

With a team that is known for its offensive firepower and being one of the best shooting squads to ever step on an NBA floor (trust me, as a shooting/offensive specialist I would love to focus on that), the truth is the Warriors’ togetherness on the defensive end has been the real difference-maker.

Through two games, Golden State has a defensive rating of 85.9 (the number of points allowed per 100 possessions). They were a Top 5 team throughout the regular season, but at a rating of 100.4. Compare this to the Cavs – 115.2 through the first two games (102.3 during the regular reason).

Why have the Warriors been able to keep one of the most efficient offensive teams in complete checkmate mode? Defensive togetherness. I know it’s not a stat, but it is a culture and a mindset. And I’ll take culture/mindset over a stat any day.

The Warriors’ defensive togetherness stands out in two aspects:

1. The amount of rotations defensively (tracked by the amount of ground covered on the defensive end) has been close to half as much movement on the defensive end as it has been for the Cavs. That’s because the Warriors have defensive versatility with players able to guard multiple positions effectively. Just ask LeBron, who is currently shooting 33 of 80 (83 points) in four games against Golden State this season. And the mindset factor, Golden State has just flat-out decided they are dictating the physicality of the game.

To take it one step further, Draymond Green and Klay Thompson are No. 1 and No. 2 in defensive win shares throughout the postseason. Then you have Harrison Barnes at No. 5. Open three-point looks have come at a premium for the Cavs. Cleveland knifed throughout their Eastern Conference playoff opponents. In the first two Finals games, the Cavs have attempted 43 contested three-point attempts.

Credit the players, of course. But also credit the coaching staff and the defensive mastermind behind the scenes – Ron Adams.

Is the series over? Time will tell. For the Cavs, it has been a completely different ball game on their home court, shooting 45.5 percent from beyond the arc and winning their seven home games by an average of 20.7 points. Cleveland’s supporting cast has been way more efficient at Quicken Loans Arena.

To Cavs players and fans, the city of Cleveland never looked so much like paradise.

David Nurse is a player development/shooting coach guru that gets called in to help players and teams develop shooting ability and high IQ offensive. Most recently with the Brooklyn Nets. Visit www.perfectshots.com. You can also follow him on Twitter @davidnurse05. 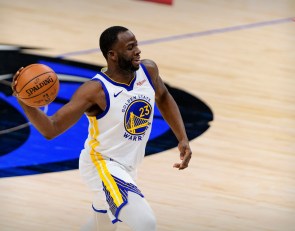 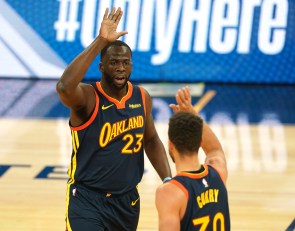