Teams in big markets have it much better than those in smaller cities to attract talent in free agency. Or so we’ve been told over the years. Is that accurate? We explore that in a series of articles ranking the top free agent acquisitions of NBA teams in the last 25 years.

Returned to the team where he played between 1983 and 1994 and was still a pretty serviceable player at the point guard position – especially on the defensive end.

Made it to Dallas on a 10-day contract in the middle of the 1994-95 season after stints in Italy and the CBA. One year later he was the No. 3 scorer on a team featuring young talents like Jason Kidd, Jamal Mashburn and Jimmy Jackson. He set a record for most three-point attempts that season with 678 that stood till Stephen Curry beat it this year.

Had such a strong rookie season after going undrafted that he became the highest-paid member of the 2003 class as a sophomore after cashing in in free agency. His versatility and two-way play were nice assets for a (back then) very unorthodox team coached by Don Nelson.

Averaged 12.3 ppg and 12.0 rpg in a contract season with Golden State and the Mavericks gave him a seven-year, $73 million deal hoping he could sustain that level of play. He did not, but still stuck around with Dallas six seasons giving the team more than decent rebounding and post defense.

The long and athletic Wright has been a high-quality reserve for a bunch of NBA teams and Dallas was one of them. He has often ranked among the top bigs in the NBA in PER.

Another great undrafted free agent pickup by Dallas. His first stint ended with a ring, then a big deal in Minnesota. Returned in October 2014 to Dallas, where the pint-sized guard remains a fan favorite due to his dynamic play.

The high-flying Carter of the early 00’s gave way to a solid below-the-rim wing player who has stayed pretty productive throughout his 30’s. Dallas was one his stops for three years and he had great moments there like the game-winning three in a very close series vs. eventual champion San Antonio in the first round of the 2014 playoffs.

With the Rockets going hard after Chris Bosh, the Mavericks were opportunistic and pried the up-and-coming Parsons away from Houston in the summer of 2014. The 6-foot-9 forward has been good (if not great) for Dallas and could be even better if he re-signs and keeps injury problems in the rearview mirror.

Didn’t end his Mavericks career on a great note, but he looked like a pretty good fit early on during his tenure in Dallas. In 2014-15, Ellis became the first player not named Dirk Nowitzki to lead the Mavs in scoring this century.

Acquired from Toronto in a sign-and-trade, Marion was a very important part of the 2011 NBA champions with great focus on defense and rebounding. As per usual, he didn’t have many offensive plays called for him, yet managed to score a bit and with great percentages. 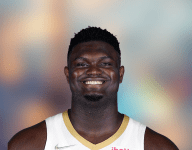