Sergio Rodriguez comes back to the NBA a changed man

Sergio Rodriguez comes back to the NBA a changed man

Six years later, Spanish guard Sergio Rodriguez returns to the NBA with three Spanish League titles, one Euroleague crown, a Euroleague MVP award, a Eurobasket championship, an Olympic medal and much-improved jump-shooting and playmaking skills. It’s going to happen with the Sixers, a far cry in terms of title contention compared to Real Madrid in Europe or the Spanish National Team in summer tournaments. But it’s all good, says Rodriguez, who never abandoned hope of making his way back to the NBA one day.

Why do you go back to the NBA this year instead of last year or next season?

Sergio Rodriguez: The situation I’ve had with Real Madrid over the past few years has been very good. It allowed me to grow both from a professional and a personal standpoint and I felt very comfortable. At the same time, going back to the NBA was always in the back of my mind, especially with all the titles we’ve won and all the things we’ve accomplished. But of course, I was going to do it in the right circumstances. It had to be a place where they really had faith in me. Otherwise, it would have been very complicated for me to give up on the good things going that I had in Madrid.

Walk me through the process of signing with Philadelphia. The season ends with Real Madrid… Then what happens until you agree to a deal with the Sixers?

SR: In the final stretch of the season, I didn’t want to think about anything other than winning the league title. Finishing the year with both the cup and league titles was very important. Once that was over with, I had five days off where there was contact with NBA teams, but obviously it was hard to evaluate the level of interest they had in me  and the real options out there before free agency actually began. When July 1 came, I was with the National Team and those were pretty intense days. I ended up having an offer that I really liked with Philadelphia and I think it can be a very good place for me to grow and fulfill my dream of returning to the NBA.

Were you more like, “I’m almost dead set on going to the NBA and will take the best offer” or “I’m only going if I have a really good option?”

SR: At my age, you can’t bet it all on whatever comes. Financially, it had to be a place where… I’m not even talking about making a lot of money, but more like a situation that wouldn’t hurt me money-wise [Rodriguez had a buyout to pay]. Once that was clear with the Sixers, I talked with management and the coach and felt really comfortable and confident that was the place for me. We had discussions with other teams, but from the get-go it was clear Philadelphia had a lot of interest and I established good rapport with Brett Brown and (Bryan) Colangelo.

I just wanted an opportunity to prove myself again in the States and enjoy basketball. I’ve always said this… Even though people might think differently, I enjoyed my first years in the NBA a lot. In hindsight, it feels even better. I went there when I was very young, I played a lot of games and a lot of minutes for my age and my skill level at that time. Now I go back a different man, more mature and with family and I want to enjoy it in a different manner.

Some players get cynical about the NBA when they go there and don’t have the playing time they hoped for. You say it was not your case and you enjoyed it. How was that?

SR: To each his own. My thing is I grew up playing at home always dreaming about playing in the NBA one day. That stays with you forever. Getting the chance to go there so early, it was big. I left Tenerife [the Spanish island where he was born] for Bilbao when I was 14, then I moved to Estudiantes and when I had a shot to make it in the league, I just took that chance. I feel very proud that I did that knowing it was a complicated thing to do, just playing against the best in an environment I was not familiar with. And anyway I did it and feel proud when I think about it. I can understand that some things are hard to swallow for some people, but that was not me. I just felt and feel happy knowing I did whatever I thought was best at each step of the way. I feel I was lucky too.

Looking at the kind of contracts that have been signed this summer, is it exciting to think about the financial compensation awaiting if you have one strong year in Philly?

SR: It is something you think about when you’re under contract for just another year because you don’t have that stabilty you find with a longer deal, but I’m thrilled about going there and proving myself. I’m perhaps going to be the most veteran player on the team, which didn’t come close to happening with any of the teams I’ve been with before. I just want to enjoy this season and not think too much about what may come afterwards. It’s about me growing as a player and us growing as a team. It’s exciting to be in a situation that’s different to the ones I’ve been through lately. I’m aware everything goes real fast. It’s been 10 years since I moved to the NBA for the first time and it’s been a blur.

Being a veteran on a team for the first time, how’s that going to be?

SR: It’s exciting. I think my experience can be useful to the team.

What do you know about the young guys on the team?

SR: It’s a situation akin to the one I had with the Blazers back in the day, especially my second year. Brandon Roy already had a great season under his belt, then you had LaMarcus Aldridge and it was a young group which was winning more and more. There was a lot of progress and we all grew together as a team. Plus the atmosphere there was really good. That gave us strength to improve. In Philly, I think it’s similar. Young guys are really looking forward to winning after a bunch of tough seasons and hoping to be important players in the NBA.

Is your wife happy with the move?

SR: We’re all very happy. In 2006, I went to the States on my own with all my career ahead of me and it was a nice personal experience. Now it’s going to be a nice professional experience, but above all things a great personal experience for me, my wife and our daughter, who’s one year old. Not sure how much he will remember about the next few years, but it’s probably going to be something that stays with her for the rest of his life. Me and my wife can grow with this. She was with me late in my time in Portland, then Sacramento and New York. But it’s all different now. It’s not just about you and/or your couple. You have to take into consideration what’s best and most comfortable for the three of us. Back in the day, when you were looking for a place, it was about whatever you were into at the time, you wanted to live in certain areas. That changes now with the kid, it’s more difficult to make a choice, but it’s beautiful too.

Aside from the fact that you have won a lot, why do you think the Spanish National Team is disliked so much by so many people outside of Spain?

SR: Nah, I don’t think it’s that bad. It’s true when you’re fortunate enough to win so many things you become the team to beat. This team has accomplished that with a lot of work and I think it’s been much deserved. Now we have the Olympic Games ahead of us and it’s a very good team again and we will be confident after winning the Eurobasket last year.

Is a bronze medal in Rio a success?

SR: That’s something you can only ask and think about after the fact. After making it to the final twice in the last two Olympic Games, we obviously have no other goal in mind than repeating and winning. But every tournament is different and we can only focus on the things we can control. 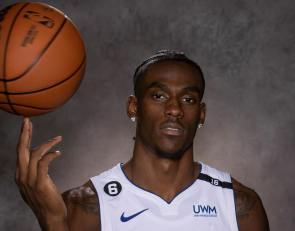 Jalen Duren: 'All the places before getting to the NBA have kind of prepared me for this' 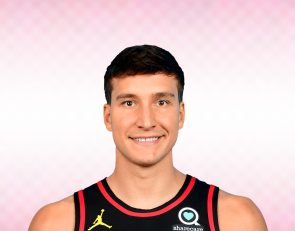 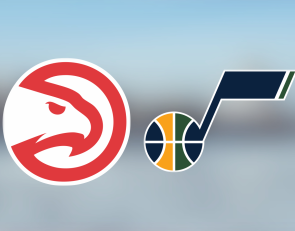 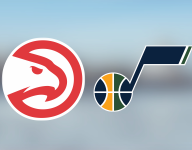 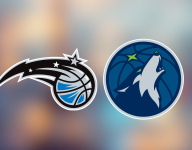 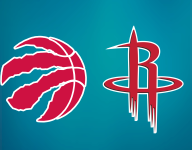 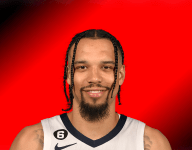 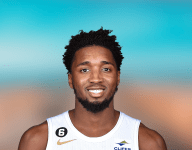 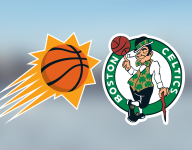