The Spurs are clearly worse than their record

The Spurs are clearly worse than their record

It’s another year in the NBA, and the Spurs seem to be chugging along just fine with a 21-5 record placing them second in the Western Conference only behind the Warriors.

Kawhi Leonard has taken another significant step forward, and has increased his scoring output from 21.2 points per game last year to 24.5 this season, with a career best PER of 27.2. Even with a bigger superior scoring load, Leonard has maintained superb efficiency and his 60.1 True Shooting Percentage ranks 11th among 60 NBA players averaging 16 points or more this season.

The Spurs have also recovered nicely from Tim Duncan’s retirement by adding Pau Gasol, who made the All-Star team in his two previous years in Chicago, in the middle. Gasol has struggled early to fit in and Popovich benched him a few times at the start of the year in favor of better defensive options like Dewayne Dedmon, but recently has picked up his play and is averaging 15.4 points and 9.1 rebounds in his last seven games while making 8 of his last 14 three-pointers.

Along with the Warriors, Clippers and Jazz, the Spurs are one of four teams who rank Top 10 in both offensive and defensive efficiency – traditionally the hallmark of a high-level contender who expects to at least make the Conference Finals.

Many of the superficial signs look as good as ever. And there doesn’t seem to be any reason to expect San Antonio to be any worse than it’s been the past decade. But a look deeper into the numbers and how the Spurs have played reveals some troubling trends that the team may have a tough time fixing.

It’s important to note that there’s one person who is clearly aware of the fact that the Spurs have problems that need to get fixed… and that’s Gregg Popovich. After the Spurs’ loss to the Bulls last week Popovich made some revealing comments regarding the effort and execution of his players: “Our opponents have outplayed us physically and execution-wise in most first halves for most of the season… That’s the disappointing part: We’re not a very consistent team, and we haven’t learned as a group that the game is 48 minutes. We also have some people playing very poorly. You have to participate in your own recovery. Some players have to play better.”

This is with the Spurs coming off a streak of winning 12 of their last 13 games.

It could be easy to attribute Popovich’s quotes to the general crankiness displayed by NBA head coaches during the regular season, but the Spurs have bigger goals in mind than a relatively good streak in late-November or early-December. And at least by Pop’s standards, the team isn’t quite where it should be.

This season in crunch time (with the score being within five points with five or less minutes to go in the game), the Spurs have outscored opponents by a ridiculous 34.7 points per 100 possessions and have a 13-3 record in those games.

Statistically, being great in crunch time is generally easily attributable to luck and teams don’t tend to do better in close situations than they do overall – with a few notable exceptions among squads who actually clearly employ different lineups or strategies with the game on the line (such as the Warriors going with the death lineup when things get hairy).

The Spurs actually somewhat fit this bill, since they play Patty Mills over Tony Parker in certain situations and move away from Gasol to avoid the defensive liabilities he brings. Overall, though, San Antonio is just getting lucky winning close games and could be three to five games worse in the standings right now had the ball bounced another way. For the purposes of resting players later in the season, banking those extra wins is important, but it’s easy to get complacent when you are winning games and that’s clearly something Popovich wants the Spurs to avoid.

The process is more important than the result.

The biggest issue the Spurs are having right now isn’t how they are winning games, but who is winning them.

A quick look through the plus/minus numbers shows that the Spurs are barely treading water with their starters on the floor. In fact, San Antonio has actually been outscored in the 315 minutes LaMarcus Aldridge, Parker and Gasol have been on the floor together.

The Spurs are gaining an advantage with the bench on the court, which is extremely atypical for contending teams. Normally your most played players are creating the advantage (that’s why you play them the most!). It’s not the case here. Compare this to teams like the Warriors and Clippers, who each have their starting players near the +20.0 mark, or even the Jazz who have Rudy Gobert and Gordon Hayward above +10.0 per 100 possessions. The Raptors and Rockets have Kyle Lowry and James Harden who always pull every lineup they play in near the +10.0 mark.

At a +5.1 Net Rating, Leonard currently has the worst plus-minus of his career. It’s hard to have a good defense with both Gasol and Parker on the court together, and this has confused the advanced stats since San Antonio’s defensive rating has been poor with Leonard on the court this season. Leonard ranks 22nd among small forwards in Defensive Real Plus-Minus, while in previous years he’s always been the standard among wings.

What teams have figured out now is that they put whoever Leonard is guarding to the weakside corner so he’s further away from the action, and putting Gasol and Parker into pick-and-rolls has been a great tool for opponents to put the Spurs in bad positions.

On both ends, the starting lineup has liabilities. Defensively, Gasol and Parker are well below average for their positions and offensively the Spurs lack another creator outside of Leonard. It’s hard task to run a great offense in the modern NBA without a point guard who can shoot or penetrate, and Parker’s ability to get to the rim has degraded rapidly.

One underrated reason to play small isn’t just shooting, but the added skill and speed smaller players tend to bring. The reason to play two traditional bigs is to be great on the glass and protect the rim at an elite level a la  Jazz with Gobert and Derrick Favors, but Gasol misses a ton of box outs and his teams have recently rebounded better without him on the court.

One interesting discrepancy between the basketball analytics community and mainstream analysis has been in valuing Aldridge.

For his career, Aldridge has a 53.5 True Shooting Percentage, which is about the league average, and he has peaked at around 56 percent even in his best years. Aldridge a reputation of being a great mid-range shooter, but has only shot around 40 to 44 percent each year from that area. The best mid-range shooters like Dirk Nowitzki and Chris Paul have always hovered (and even exceeded at times) 50 percent. Aldridge has been a good post-up player in his career and scored an elite 1.00 points per possession last season on a high volume, but this year he has slumped to 0.80 points, ranking him in the 41st percentile.

The best retort to Aldridge’s mediocre efficiency numbers is two-fold. One, Aldridge has had big games in the postseason, most notably against the Rockets during the 2013-14 playoffs when he exploded for back-to-back 40-point games. Two, Aldridge has been the centerpiece of great offenses, so even if his numbers aren’t that great team efficiency around Aldridge has been great.

As counterpoints, though, he has actually been less efficient in the postseason in his career, and even during the 2013-14 playoffs Aldridge only had a 50.9 True Shooting Percentage. The Blazers continued to be a great offense even without Aldridge immediately after he left, and their offensive rating has actually been higher without him during the past two years – a fact that is well-hidden this season since the Blazers haven’t produced a good defensive possession in about three weeks.

Especially now that Aldridge is heading towards the back-end of his career, he is in a weird position defensively. Aldridge isn’t quite fast enough to stay on stretch bigs or perimeter players on switches, and he doesn’t look to protect the rim like a traditional center either. However, opponents have shot only 42.2 percent at the rim with Aldridge defending the play this season, and in previous years he’s been really good at that statistic as well. That’s a great sign going forward, since Aldridge has to move towards a center role primarily as he ages.

It’s slightly frustrating that he hasn’t developed a three-pointer since he can hit over 40 percent on a high volume a step inside the arc. The Spurs currently rank 25th in three-point attempt rate. With Leonard beasting on wings in the post, the spacing right now isn’t great. Gasol and Aldridge are both shooting over 45 percent on three-pointers this season, but only attempting a combined 2.3 threes per game. Doubling that number could really help.

Parker has taken another step back, and while his usage and scoring plummeted last season at least he managed to be efficient in his limited attempts. Parker can’t turn the corner on pick-and-rolls anymore, and on switches he can’t beat big men to the basket anymore. On attempts within five feet of the basket, Parker is shooting just 50 percent on only 2.8 attempts per game, when a few years back Parker was elite at 63 percent with twice the number of shots.

Mills is plainly better than Parker at this point and will play the lion’s share of minutes in the playoffs.

During the regular season, teams tend to focus more on themselves when preparing for each game. In the playoffs, if there’s a weakness to exploit, teams will keep going to that well over and over again (think Cavaliers setting picks with the player Stephen Curry was defending in the Finals to try and switch LeBron James onto him 40 times per game).

Forcing Gasol into pick-and-roll defense is that play for most teams, and putting him in space with the Warriors’ shooters, Harden coming downhill off the pick or DeAndre Jordan running for lobs on the backside will most likely force the San Antonio to limit Gasol’s minutes early on in the postseason.

If there’s one legitimate criticism of Popovich’s coaching in the playoffs, it’s been that the Spurs have been slow to employ lineups with Leonard at power forward. Pop will likely be forced to that quicker this year, which means the Spurs need to find extra minutes at the wing. Jonathon Simmons could be the perfect piece since he’s an athletic wing who can switch, but that’s also a big responsibility for someone who fell out of the rotation by the end of last year.

The Spurs are still a good team, but in many ways they are thinner than ever before. The most played lineups aren’t really that good, Manu Ginobili, Gasol, Parker and Aldridge are one year older, matching up in the playoffs is difficult and unproven guys like Simmons and Dedmon have to step up. 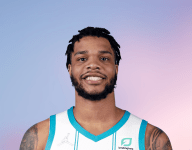