Jordan Crawford: "Kevin Garnett, Stephen Curry and Klay Thompson had the greatest impact on me"

Jordan Crawford: "Kevin Garnett, Stephen Curry and Klay Thompson had the greatest impact on me"

Shoot-happy guard Jordan Crawford is scoring in bunches in the D-League and hoping that leads to another NBA contract three years later.

You signed with the Grand Rapids Drive, but earlier in the summer it looked like you were about to sign in Europe.

Jordan Crawford: Well, you know I’m still young. I just had a great season in China and was doing some things on the court that I was just really excited about. I really wanted the NBA fans and the personnel, the teams, the organization, just to see me as a player that is getting older, growing. Just show them a side of me that I think was misunderstood the first time. And I think the D-League was the best place to do it.

Being a Detroit native, was that also a good reason to sign with Grand Rapids?

JC: Oh, definitely. GM John [Phelps] and coach Rex Walters, they really wanted me on the team. It was a good fit to improve my situation, to show that I’m a good locker room guy.

You scored 41 points in a game with the Warriors, you’ve been Player of the Week in the NBA, even recorded triple-doubles. In which ways have you changed since you left the NBA?

JC: I changed a lot. My first time in the NBA, I was just all basketball. When I was in the NBA, I just wanted to be the best player, I wanted to prove people wrong. I was just locked in into the game of basketball. I was not really juggling both basketball and the business side. Now I’m just enjoying life, being healthy, being young, this really slowed me down on and off the court. I improved a lot in every decision I make, also in basketball.

You’re one of the best scorers in the D-League right now, averaging 22.9 points per game. Is this the best season of your life as far as shooting the ball?

JC: Yeah, definitely. I think every year I’ve improved in shooting the ball. In the NBA, I improved each year and the past two years I improved too, as a player and as a person. Now I pick my spots on the court better and understand what I want on the floor. Now I know when to turn on and when to turn off, when to score, when to distribute the ball. It just makes the game a lot smoother, it comes a lot easier. It shows in overall basketball IQ.

How do you see the NBA right now?

JC: Well, it changed a lot. That’s kind of the way I always played growing up – just two playmakers, guards, at the one and two, up-and-down basketball. That’s the most exciting basketball. The players having the ball are the best players, the point guard decides how the game is going to be played, and that’s exciting.

The Cavs are in need of a point guard. How do you think you could help Cleveland?

JC: You know from a basketball perspective, I would definitely be confident in putting the ball in the right place. Just being supportive, as a guy on the roster, whether I’m a sixth man, a 15th man, just giving the young players confidence, telling them what I’m seeing on the court, just helping in every situation possible.

You’ve played with John Wall, Paul Pierce, Kevin Garnett, Stephen Curry and Klay Thompson. By watching them practice, playing together, which of them do you think had the greatest impact on you?

JC: I would have to say, Kevin Garnett from a standpoint on just how to go about every day. How to be a professional. And from a basketball standpoint, I would have to say Stephen Curry and Klay Thompson. I’m a guy that loves to play basketball more than just doing drills, but they really helped me with showing how exciting is just to get shots in practice just to get ready for the next game.

Maybe if Garnett was with you when you played with the Wizards, that veteran leadership would have helped you.

JC: Definitely. Washington… Just a big misunderstanding of how to just go about every day. I just wanted to be the best basketball player. 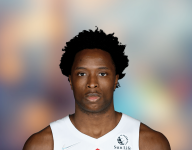 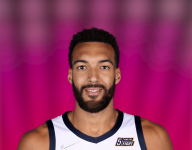 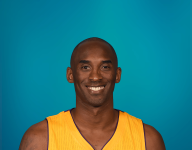