Today, I spoke to a general manager who was stunned that the Suns haven’t been talked about more leading up to the trade deadline because they are looking to make a big move.

The GM told me that the Suns would love to package their assets to acquire a star. Keep in mind, this is a team that has all of their first-round picks, incoming first-rounders from the Miami Heat (in 2018 and 2021), and a roster full of young players such as Devin Booker (20 years old), Alex Len (23), TJ Warren (23), Brandon Knight (25), Marquese Chriss (19), Dragan Bender (19) and Tyler Ulis (20) among others that could be packaged in a trade. Much like the Boston Celtics and Denver Nuggets, this is a team that has the ability to put together a very interesting package.

If the Suns aren’t able to add a star (since that’s always easier said than done), executives expect them to double down on their rebuild approach and try to accumulate more young pieces and draft picks.

They have veterans such as Eric Bledsoe (27), Jared Dudley (31), PJ Tucker (31), Tyson Chandler (34), Leandro Barbosa (34) and Ronnie Price (33). If Phoenix can net a young player or pick for some of those players, rival executives believe they will likely do so.

Cavs Will Be Aggressive, But Carmelo Anthony Likely Isn’t In the Mix

The Cleveland Cavaliers are looking to be aggressive prior to the trade deadline. But before getting into what the Cavs are looking to do, let’s make one thing clear: There is very, very little chance Carmelo Anthony will join Cleveland. Those “talks” were overblown, according to sources.

However, the Cavs are weighing trade options because they know beating a historically stacked Golden State Warriors team won’t be easy. Cleveland also has to take down teams like the Boston Celtics, Toronto Raptors and Washington Wizards – all of whom are looking stronger lately.

While Cleveland held a free-agent workout for point guards recently, a trade for a reserve point guard is still a strong possibility. There are a number of players who fit that bill on the market right now (such as Lou Williams, Darren Collison and Shelvin Mack). The Cavs don’t need a big, splashy move like some of the teams mentioned in this notebook, but keep an eye on them because executives say they are indeed looking for ways to upgrade their roster in anticipation for another clash with Golden State.

Ibaka May Re-Sign With Toronto

As the Orlando Magic were weighing their options when it came to a Serge Ibaka trade and different destinations were being reported, sources close to the big man said that his preference was to join the Toronto Raptors.

Ibaka is an unrestricted free agent this summer, but this may not just be a half-season rental for Toronto. Ibaka is a good fit with the Raptors and, after years of making deep postseason runs in Oklahoma City, he has the chance to contend once again with Toronto.

Raptors general manager Masai Ujiri spent the last few years trying to add a power forward prior to each trade deadline, but he never found the right deal. Ujiri even showed interest in Ibaka in the past, so this move isn’t a shocker.

Now that the Raptors have finally landed their big man – and one that fits very well since he can block shots and shoot out to three-point range – they will want to sign him to long-term deal. As of now, that certainly seems possible.

The Wizards Are Buyers

The Washington Wizards have been playing excellent basketball lately, winning 14 of their last 16 games. They are now the third seed in the Eastern Conference, and rival executives say that they are a buyer as the trade deadline approaches.

Washington obviously doesn’t want to mess up the good thing that they have going, but if the Wizards’ front office finds a deal that can solidify the team as a contender, they’ll pull the trigger on a trade.

A reactionary move wouldn’t be a surprise if the Wizards suddenly see a trip to the Eastern Conference Finals or, better yet, the Finals as realistic.

The Lakers Have Shopped Lou Williams

Teams that are looking for a reserve point guard (hello, Cleveland!) are in luck. That’s because there are a number of such players on the market at the moment.

In this recent video, I mentioned that the Los Angeles Lakers may look to trade Lou Williams and/or Nick Young. On Tuesday, a general manager confirmed that the Lakers have, in fact, shopped Williams and seem likely to move him prior to the deadline.

As previously mentioned, the Lakers have a lot riding on this year’s lottery, so moving Williams increases the likelihood that they keep their 2017 and 2019 first-round picks, gives the younger backcourt players more minutes and brings in assets (such as another young player or a pick).

This year, Williams is averaging 18.4 points, 3.1 assists, 2.9 rebounds and 1.1 steals in just 24.2 minutes, while shooting 44 percent from the field and 38.1 percent from three-point range. Buyers who want some instant scoring off their bench will be calling about him.

Needless to say, it’s extremely unlikely that the Portland Trail Blazers will trade Damian Lillard or CJ McCollum. With that said, the rest of their roster may be available for the right offer.

One general manager said that the team is trying to accumulate draft picks and cut costs. Remember, Portland currently has the second-highest payroll in the league (behind only the Cleveland Cavaliers) at $119 million. And next year, that number jumps to $137 million. That’s not a bad thing when you’re the defending champion Cavs, but it’s a tough pill to swallow when you’re the ninth-best team in the Western Conference standings.

The general manager I spoke to made it clear that Portland would listen to offers for Allen Crabbe, Evan Turner, Al-Farouq Aminu and Ed Davis among others if the potential trades allowed them to stockpile draft picks and save some money.

Darren Collison is Available for the Right Price

Sources say that the Sacramento Kings have made a number of players available in trade talks, but Darren Collison in particular seems like he could be moved.

He has played well this year, averaging 13.7 points, 4.1 assists, 2.1 rebounds and 1.1 steals while shooting 48.1 percent from the field and 42.4 percent from beyond the arc. Sacramento knows that he has value and has gauged interest in what he could return in a trade. It also helps that Ty Lawson has been solid, making Collison more expendable. It’s also worth noting that Collison is on an expiring contract, earning $5,229,454 this year.

The Kings are currently just two games out of the eighth seed in the Western Conference, and they’d love to end their playoff drought this year. If they believe moving Collison can help them secure a postseason spot – or if they believe that re-signing Collison on a favorable contract will be tricky this offseason – they will trade him.

The Pacers, Pelicans and Thunder are teams that have been active and are open to all kind of trade scenarios, according to executives.

They want to put solid pieces around their cornerstone players and have been trying to find ways to upgrade their respective rosters.

Indiana would trade anyone not named Paul George, said one general manager. Meanwhile, New Orleans isn’t moving Anthony Davis or Jrue Holiday, but they are open to discussing deals involving their other players.

The Thunder are a bit more interesting. In talks with other teams, they have sent mixed signals. Rival executives aren’t sure if they want to be buyers to make a playoff run (they’re the West’s seventh seed), or if they want to move off some of their players to focus more on the team’s long-term outlook. Either way, the Thunder are working the phones and one general manager said, “They will do something, one way or the other. They won’t stand pat.”

Last week, executives were saying that the Orlando Magic were extremely active and looking to make a trade (which they did today). Now, it sounds like Indiana, New Orleans and Oklahoma City are open for business as well. 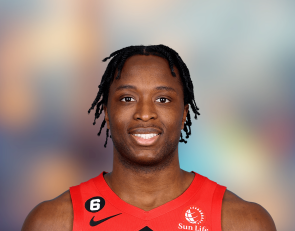 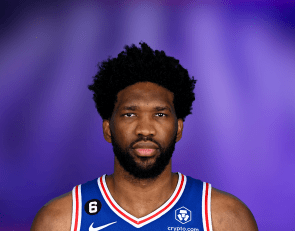 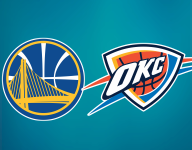 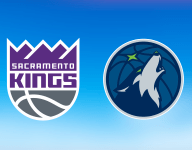