Indiana Pacers star Paul George did not receive All-NBA honors, and that somewhat puzzling decision could change the course of his career.

George was named third-team All-NBA in 2013, 2014 and 2016 and the Pacers star would have been eligible to make roughly $207 million over five seasons from Indiana if he had made an All-NBA team this year as well.

The Pacers believed this was their ticket to make sure George stayed with the team (via Basketball Insiders):

Sources close to the situation say Indiana remains optimistic that the new Designated Player Exception will allow them to retain George long-term, assuming he makes one of the All-NBA teams this season.

This clause, called the designated player veteran extension, was introduced in the latest collective bargaining agreement and states players who sign the deal can earn between 30-35 percent of the team’s salary cap from their franchise if they make any of the All-NBA teams. The player would then not be eligible to get traded for a season after signing the extension as well.

He spoke about the potential for the extension earlier this season (via ESPN):

For contract reasons (All-NBA) is important. But I’m not thinking about contracts. If my performance down the stretch lands me on the All-NBA, which I think I’m deserving of, then so be it. I’ll be happy.

Because George was not able to sign the designated veteran player extension, the max he can receive from Indiana is somewhere around $177.5 million over five seasons.

The designated veteran player extension would have made his average annual value $41.4 million per year if he had made an All-NBA team.

Indiana will have a financial advantage if it lets George play out his contract and hit free agency – just not necessarily one large enough to persuade him to stay … A trade now would transfer George’s Bird Rights to his new team, allowing him to re-sign there for the projected $177 million over five years rather than the projected $132 million over four years if he leaves his previous team.

Essentially, the Pacers now have two realistic options. They can let George play this season expect him to opt-out. Then, he will have a few million reasons per season to stay.

If the extra financial incentive isn’t enough, however, they risk losing their star for no compensation.

Otherwise, they can trade him and then lose their financial leverage in the offseason. But in this option, they can at least get a promising young player or draft picks in return. 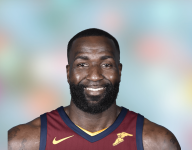