What is the best draft class ever?

What is the best draft class ever?

When discussing the best drafts ever, 1984, 1996 and 2003 are brought up the most. We did some research in order to find out if such prominence is deserved.

This is what we did:

* First we looked up the combined number of All-Star appearances of the members of each draft class. Only three reached 50.

* Second, we went through the number of selections for the All-NBA 1st or 2nd Team. The 1984 class came out on top.

* Finally, we checked the number of MVP awards obtained by each draft class. Courtesy of Michael Jordan, Hakeem Olajuwon and Charles Barkley, the 1984 class was again at No. 1.

If we award one point per All-Star appearance, two for each All-NBA 1st or 2nd Team selection and three for each MVP trophy, the all-time ranking would look like this:

Keep in mind the most recent draft classes have players still piling up accolades, so they will eventually rank much higher. But overall, you get the picture. You can indeed make an argument that 1984, 1996 and 2003, in that order, were the best drafts ever. At least, in terms of star power. 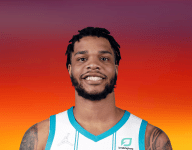