With the NBA draft coming up in less than a month, we thought it would be fun to take a look back at some of the greatest selections of all-time. So without further ado, here’s a list of the best ever pick of every slot in the first round. (Note: a few of these picks were actually in the second round. The NBA added its 30th team, the Charlotte franchise, in 2004.) 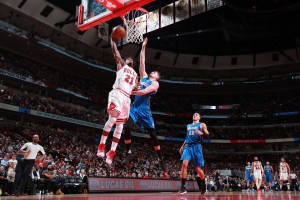 Forward Jimmy Butler, who’s coming off a monster season in which he averaged 23.9 points per game, was a steal for the Bulls in the 2011 draft. The budding superstar has already made the All-Star team once and has three All-Defensive team selections under his belt. 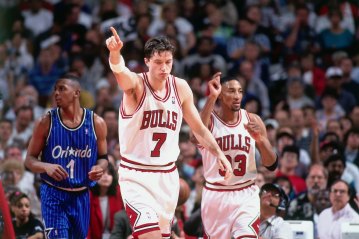 A key member of Chicago’s supporting cast during its second three-peat of the ’90s, Toni Kukoc was a deadeye shooter. Over his 13-season NBA career, the 1995-96 Sixth Man of the Year averaged 11.6 points and 3.7 assists per game.