Julius Erving, who was taken by the Bucks with the 12th overall pick in the 1972 draft, actually began his professional career in the ABA. He joined the 76ers in 1976, though, and hit the ground running. He won the MVP in 1981 and led Philadelphia to a championship in 1983. 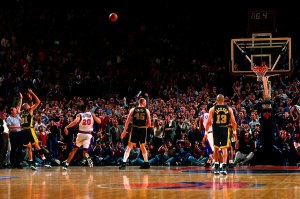 Reggie Miller thrived big moments. Indiana’s stellar long-range shooter, who almost single-handedly took down the Knicks in the 1995 playoffs, always came through in the clutch. He averaged 18.2 points per game in his career and led the Pacers to the Finals in 2000. It should be noted that in a few years, Klay Thompson, who Golden State took with the 11th overall pick in 2011, could soon supplant Miller on this list.