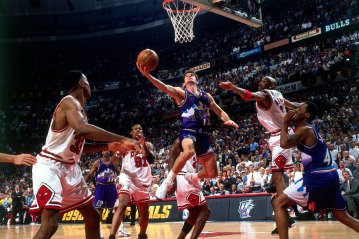 John Stockton, the NBA’s all-time leader in assists, was one of the most effectively consistent point guards ever. Stockton and Jazz forward Karl Malone formed one of the best duos in the history of the league. 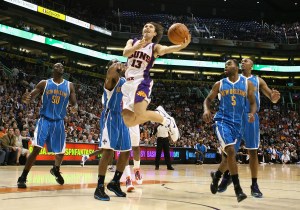 The engine that drove the high-octane Suns squads of the early 2000s, Steve Nash was a wizard on the floor. Over his career, the eight-time All-Star and two-time league MVP averaged 14.3 points and 8.5 assists per game. Kawhi Leonard also deserves mention. San Antonio’s young star was taken with the 15th pick in the 2011 draft.