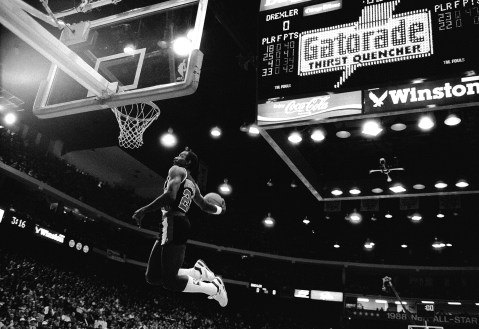 Clyde Drexler didn’t get the same amount of adulation as other stars of his era, but make no mistake: he was an all-time great. During his career, Clyde the Glide was a 10-time All-Star who averaged 20.4 points per game. In 1995, he was traded to the Rockets and helped them win their second straight title.

With the Lakers, Kobe Bryant won five championships, an MVP award, and made the All-Star team 18 times. That’s why he beats out Karl Malone (13th overall in 1985) for this spot.