With Warriors-Cavs III underway, let’s take a look at some of the best single-game comebacks in NBA Finals history. Here are the top nine: 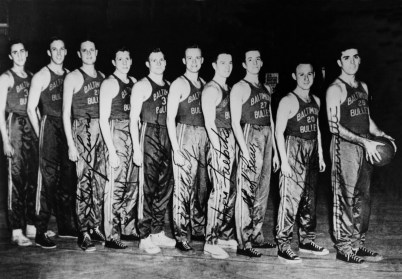 Technically this was Game 2 of the Basketball Association of America Finals—the league merged with the NBA in 1949—but it’s notable nonetheless. Led by Connie Simmons (25 points), the Baltimore Bullets overcame a 41-20 halftime deficit to beat the Philadelphia Warriors 66-63. 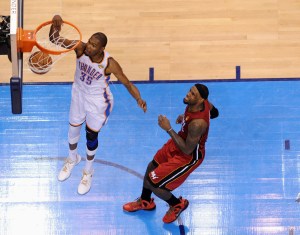 After falling behind by 13 points in the second quarter of Game 1 of the ’12 Finals, the Thunder charged back furiously. Kevin Durant scored 17 points in the fourth quarter (he finished the night with 36) as Oklahoma City ended up beating the Heat 105-94. OKC didn’t win another game in that series.