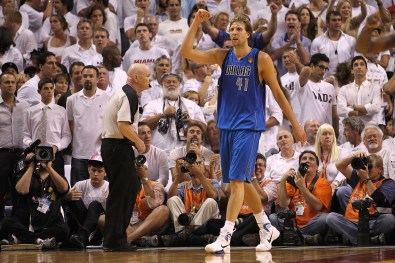 Down 1-0 to the Heat in the ’11 Finals, the Mavericks staged a miraculous comeback to even the series. After trailing by 15, Dallas stormed back. With the score tied at 93 and time ticking down, Dirk Nowitzki hit a driving layup to give his team a 95-93 victory. 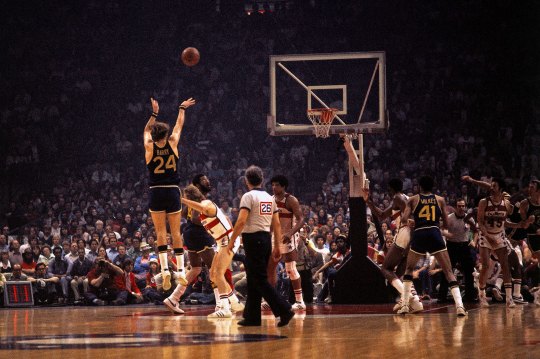 After three quarters of Game 5 of the ’67 Finals, the Warriors trailed the 76ers 96-84. San Francisco then proceeded to outscore Philadelphia 33-13 in the fourth and win 117-109. Rick Barry had a monster game for the Warriors, scoring 36 points to go along with 10 rebounds.