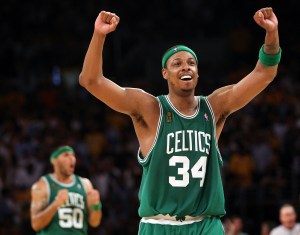 The Celtics trailed the Lakers by 24 points in the third quarter of Game 4 of the ’08 Finals. Somehow, they clawed back. Boston, which outscored L.A. 31-15 in the third and 26-18 in the fourth, won 97-91 to take a 3-1 series lead. Paul Pierce scored 20 points and played great defense on Kobe Bryant. 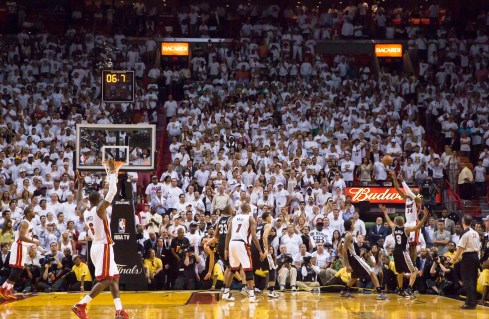 San Antonio led Miami 94-89 with only 28 seconds left in Game 6 of the ’13 Finals. After LeBron James hit a three and Kawhi Leonard sank only one of two free throws, Ray Allen stepped up. With 5.2 seconds on the clock, he drilled one of the most dramatic 3-pointers of all time to tie the score at 95 and send the game to overtime. The Heat won 103-100 in OT and took Game 7.