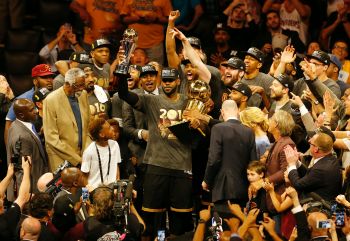 The Cavaliers didn’t have to overcome a massive deficit in Game 7 of the ’16 Finals, but it was an incredible comeback nonetheless. Cleveland trailed by four in the fourth quarter, but managed to close out Golden State. The Cavs prevailed 93-89, clinching the franchise’s first NBA title. Oh and in case you don’t remember: Golden State led the series 3-1.