When Cleveland Cavaliers veteran Richard Jefferson matched up against Golden State Warriors star Kevin Durant, he got his wish.

Jefferson recently said he was “begging” to cover Durant, who shot 1-for-7 when he was being covered by the Cavs forward. Jefferson, 36, proved to be a tough defender for the 28-year-old Durant. During 22 minutes of action off the bench, Jefferson had 8 points with 3 rebounds.

He also added a block on Durant, who was shooting a jump shot from 3-point range.

In a recent interview, Jefferson said the pressure is on the Warriors (and not the Cavs) because they finished 73-9 last season then added Durant. He also said if Cleveland does not win the title, their season would be unsuccessful.

It will be interesting to watch to see if Jefferson continues to guard Durant in Game 5. This will allow James to focus less on the Golden State superstar and more on his overall defensive presence.

Durant has looked as efficient and dominant as ever in the 2017 NBA Finals, so Jefferson has an incredibly hard task if he does face off to guard Durant. 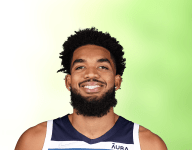 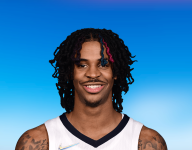