Life as the Cleveland Cavaliers general manager moves pretty fast. If you don’t stop and look around once and awhile, you could miss it.

David Griffin, who had assembled a team who has now gone to three consecutive NBA Finals, is no longer the general manager of the Cavaliers. ESPN’s Marc Stein reports Griffin was targeting a trade for Chicago’s Jimmy Butler until earlier today. One estimate is he was handling trade talks until 6 pm EST, an hour before news broke he would not return to the team.

Yahoo!’s Adrian Wojnarowski speculates one reason the Cavaliers struggled to make a trade this week is other teams were unclear of Griffin’s future with the team.

The news broke so fast today, players on the team did not know Griffin was no longer the GM until they received texts from the media.

Cleveland does not have a pick in the upcoming 2017 NBA draft, which makes preparation without a general manager slightly easier.

Griffin was elbow deep today, as late as an hour ago, working to put together a monster deal to get Jimmy Butler from Chicago.

Pacers want to move fast on Paul George trade, reached out to Cavs 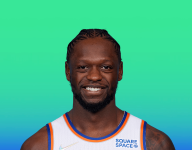 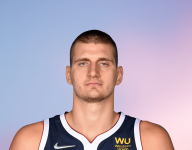 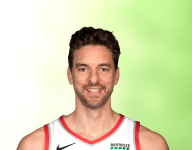