Allen resigned from the Microsoft board of directors in November 2000 (Ballmer took over in January 2000), but remained a senior strategy advisor for the company. He became the owner of the Trail Blazers in 1988.

According to Kevin Ding of Bleacher Report, Allen offered some advice to his former colleague when Ballmer took over an NBA franchise.

In a statement from a few years ago, Allen revealed he encouraged Ballmer to buy a team when the Clippers became available. Allen had also endorsed Ballmer for a Seattle bid in 2013.

Ballmer eventually purchased the Clippers in August 2014 while head coach Doc Rivers had become head of basketball operations just a few months prior in June.

Earlier this afternoon, nearly three years later, Rivers was relieved of his executive duties. Rivers said he had discussed the change with Ballmer for over a year.

Rivers: "This is a change I discussed with Steve since my bet last year on Lawrence Frank has worked out so well."

Pelicans unleashed Zion Williamson as a ball handler and it's glorious 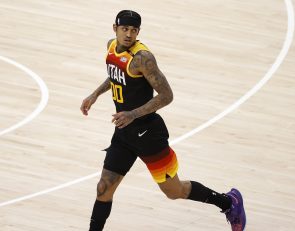 Pelicans unleashed Zion Williamson as a ball handler and it's glorious