In the latest episode of The HoopsHype Podcast, Alex Kennedy is joined by Philadelphia 76ers shooting guard JJ Redick. The two discussed a lot over the course of their hour-long conversation including…

0:35: His first impression of Philadelphia’s passionate fan base.

2:40: JJ’s early interactions with his new teammates and how receptive they are to his guidance.

4:35: Why he hates free agency and how he approached the process.

7:10: Whether he wants to stay with the 76ers long-term and potentially even finish his career in Philadelphia.

8:50: When did he realize that he’d be leaving the Los Angeles Clippers?

11:30: Redick explains his comment that there was “no joy” in the way the Clippers played and why things got stale in L.A.

13:30: For the first time in years, he enters a season without championship aspirations. Is that a strange feeling in the prime of his career?

16:00: He says that he discussed a four-year deal with the Houston Rockets and he wanted to go there, but they ultimately changed their offer to a three-year deal and talks fell apart.

17:40: How family affects free agency decisions. For example, in his Uninterrupted documentary about his free agency process, his wife is adamant that she wants him to sign with the Brooklyn Nets and you see how everyone is impacted by his decision.

22:30: The amount of recruiting that takes place when you’re a free agent, and how sometimes it’s the free agent who initiates conversations to gain information about specific situations.

25:00: The talent on Philadelphia’s roster and how making the playoffs is a realistic goal.

27:00: How Brett Brown factored into his decision and his potential as a head coach.

30:00: At this point, what does he expect the rotation to look like and how guys will be used?

33:20: How he relates to younger teammates and adjusting to being the “old man” in the locker room.

36:20: Did the Golden State Warriors being such strong title favorites impact his free agency decision? And is Philadelphia poised to peak just as the Warriors are potentially declining?

38:30: His plan to re-launch his podcast on Uninterrupted and what that will entail.

40:10: His interest in a media career after he’s done playing, including owning a media company that produces original content.

42:25: How he went from hated to fan favorite and when he noticed that shift.

48:40: As someone who was a household name while at Duke, does he feel college athletes should be paid?

54:00: Who are the NBA’s best defenders? And who are the toughest players to guard? 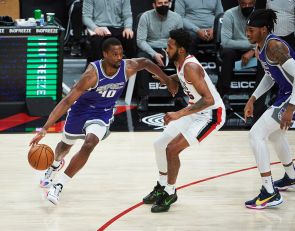