The starting lineup for the Cleveland Cavaliers will look different to begin the new year after they sign three-time NBA champion Dwyane Wade.

The average pace for an NBA team last season was 96.4, according to Basketball-Reference. We looked at NBAWowy.com to determine what pace teams played at when the projected Cleveland starters were on the court last year.

Rose will start as the team waits for Isaiah Thomas (95.6) to recover from his hip injury.

It’s worth noting that while the squad might be expected to be a bit slower than the rest of the league, it’s about on par with average possessions per 48 minutes for an NBA team.

These players played between a pace of 95.3 and 95.8 last year; that’s slower than all but three teams from the 2016-17 season. But the team also had the third-slowest pace in the NBA during their 2015-16 campaign when they won the title.

Matt Moore discussed the style of play that Cleveland will execute next year (via CBS Sports):

“Some teams genuinely want an up-and-down game. The Warriors are one … This is not what the Cavs want. They want to create fast-break opportunities and slow Golden State down. They want to run, selectively, and with purpose, to make it a one-sided affair.”

Looking beyond the starting lineup, JR Smith (96.1 team pace) and Iman Shumpert (95.7) will provide shooting guard depth while Jae Crowder (95.6) and Kyle Korver (96.1) will earn minutes at small forward. Veteran point guard Jose Calderon (96.1) will make an impact as a backup point guard, especially while Thomas is sidelined and Rose is starting.

Meanwhile, the addition of Wade will help with the pick-and-roll offense and post scoring while matching the pace Cleveland prefers to run.

Dwyane Wade finished 7th in the NBA among non-PGs creating 10.6 points per game in the pick & roll + 2nd among Gs in post up scoring in 2017 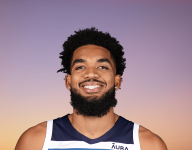 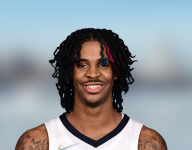