Back in July, after finishing up an intense workout with his New Orleans Pelicans teammates Anthony Davis and DeMarcus Cousins, he was beaming as he caught up with NBA players and reporters he hadn’t seen in a while. A week later in Las Vegas, he stood near the Pelicans’ sideline during one of their summer league games. He was grinning throughout the contest, only switching up his expression when a friend would crack a joke and he’d burst out laughing instead. Then, several days ago, when discussing the 2017-18 NBA season and his journey to this point, he couldn’t have seemed happier.

The 28-year-old has every reason to be thrilled after his recent career resurgence. It wasn’t long ago that he had a reputation as an inefficient chucker who posted empty statistics. Even he acknowledges this, saying that he was selfish and impatient early in his career as he tried to showcase his talent. After being traded from the Atlanta Hawks to the Washington Wizards as a rookie, he shot 39 percent from the field (on 16.3 attempts per game) and 23.8 percent from three-point range (on 3.9 attempts). It’s no coincidence that he suited up for four different teams in his first four NBA seasons.

Crawford averaged double-figures in each campaign, but his field goal percentage hovered around 40 percent and his three-point shooting percentage was consistently around 30 percent. His PER in each of those seasons was below the league-average 15.0.

Crawford’s big wake-up call came when he was an unrestricted free agent during the summer of 2014. As the 2014-15 season approached, there was limited interest in Crawford’s services. The Chicago Bulls brought him in for training camp and the preseason, but then waived him. Suddenly, Crawford was out of the NBA at 25 years old. He had talent and potential, but he earned the “inefficient” and “selfish” labels. When he looks back on his early days in the league, Crawford completely understands why he was unemployed and he owns up to his mistakes.

“Looking back, I see how impatient I was during my first go-around in the NBA. I wanted to be the best, but I was so impatient. The way I expressed myself and lacked patience affected my teams. Even if you think you’re better than someone, you don’t need to go try to display it and show it off because that doesn’t help you or the team. Now, I understand that you have to stay patient, wait for your time to come and just control what you can control. Once I grasped that, it allowed me to play better.”

As Crawford explains, his exile from the NBA ended up being a blessing a disguise. He decided to sign in China and rather than continue to play the same style of basketball that scared off NBA general managers, he decided to make some serious changes – on and off the court.

During the 2014-15 season, Crawford dipped his toes in the Chinese Basketball Association waters, suiting up for Xinjiang Guanghui for five games. He was immediately a hit, averaging 29.4 points, 3.8 rebounds and 3.4 assists while shooting a much-improved 45.5 percent from the field and 36.5 percent from three-point range.

He went all in on the CBA the following season, playing 26 games with the Tianjin Ronggang. He was even more productive, posting 43.1 points, 6.4 rebounds, 2 assists and 1.9 steals while increasing his field goal percentage to 48.3 percent.

“Off the court, I just hold myself accountable now and I want to become a better man every day. I definitely feel much more free and unselfish. On the court, the 28-year-old version of me is so much better because I’ve gotten better at picking my spots and knowing what I want to do [when I have the ball]. Rather than looking for what [shot] I can get like I did when I was younger, I know exactly what I want to do. I can still display my talent, but I play under control.”

Finally, after starring in China, Crawford was ready to return to the United States and try to get back into the NBA. He spent the majority of the 2016-17 season in the D-League, playing 37 games with the Grand Rapids Drive.

He quickly proved his efficient performance in the CBA wasn’t a fluke, as he averaged 23.5 points, 3.5 assists, 3.3 rebounds, 1.2 steals and – most importantly – shot 47.3 percent from the field and 35.5 percent from three-point range while posting a 24.3 PER. His improved shot selection and patience were on display and so was his humility as he came off the bench in 17 of 37 contests. With the Drive, he was still capable of scoring the ball from all over the court, but now he took what the defense gave him and valued his touches.

The Pelicans were impressed, signing him to a 10-day contract in early March. Crawford continued to thrive in New Orleans, averaging 14.1 points in just 23.3 minutes – while shooting 48.2 percent from the field and 38.9 percent from three-point range. His PER was a career-high 17.7. New Orleans signed him for the remainder of last season as well as the 2017-18 campaign. Now, he’s determined to pick up where he left off.

“The thing that I’ve gotten a lot better at is taking the right shots, taking the right threes,” Crawford said. “Early in my career, I thought I could just make every shot because I was used to making them, but it’s a different game when you’re in the NBA. You have to be a lot smarter. Now, I do a much better job of shooting the right threes and finding my rhythm. That’s what led to the high percentage last year (38.9 percent) and I think I can only continue to go up from there, to be honest.”

After an offseason of workouts alongside his teammates to improve chemistry, a full training camp and preseason, a better understanding of Alvin Gentry’s system and the comfort that comes from having a guaranteed contract as opposed to the pressure of playing on a 10-day deal after years out of the league, could Crawford exceed last season’s success with the Pelicans? He believes the answer is yes.

“To be honest, if I’m given the opportunity, I’m going to have a dominant season,” Crawford said excitedly. “I’m just being honest with you! I’m not trying to be cocky. Throughout my career, I’ve never been given a consistent role. When I’ve averaged double-figures, that was all me; I was doing it without having a consistent, clear-cut role and without having anybody believe in me. If I’m given the opportunity, there’s no telling what I could do. It’ll be very exciting.

“If I’m given the opportunity, the Sixth Man of the Year award is a lock. I’ll say that. If I’m given the opportunity, go put your money now on me winning Sixth Man. But I’m just going to do whatever the team needs from me. I don’t know if that will be what’s asked of me, and the team obviously comes first. I just know I can provide that scoring punch and give the team that offensive boost that we’re going to need at times.”

Crawford remains extremely confident, but don’t expect him to revert to his inefficient ways. He knows that would hurt the Pelicans, and he’d be right back on the outside looking in at the NBA.

“My biggest goal for this upcoming season is to be more efficient; if I’m shooting 10 or 11 shots in a game, I want to make seven of them,” Crawford said. “I’m trying to become automatic from my spots and figure out where I can attack best alongside A.D. and Boogie and Jrue [Holiday].”

He constantly refers to Davis, Cousins and Holiday as the stars of the team. He knows his role in New Orleans is to make life easier for that trio and lead the supporting cast.

“Playing with those guys definitely makes things easier for me and makes me even more comfortable; there’s really no pressure on me at all,” Crawford said. “Defenses have to pick their poison with A.D. and Boogie and Jrue, and I know for a fact that I’m going to be open at least four to five times per game. If they want to double-team those guys, then in my head I’m thinking, ‘Okay, I need to kill them just as much as A.D. and Boogie and Jrue would kill them. I need to make them pay.’ It’s exciting having guys like that around you.”

After acquiring Cousins prior to the trade deadline, the Pelicans finished the 2016-17 season with a 34-48 record that put them seven games out of the postseason in the competitive Western Conference. This year, the goal is clearly to qualify for the playoffs – and make a run.

“We’ve talked about how big of a year this is for everybody; it’s important that we win and take advantage of this opportunity since we have so much talent on the team,” Crawford said. “Recently, we’ve been talking about the team that we’ve assembled and what we can do together. We really have a neat team because we’re not too young, but we’re not too old either. We kind of have that perfect combination [of experience and untapped potential] that could allow us to go deep in the playoffs. We don’t really talk about it a lot, but we do expect to make the playoffs. With that said, we know that there’s uncertainty every season and we all have make sacrifices to get to that point. Guys are communicating really well. I can’t wait for the season to start.”

Crawford is thrilled with his current situation, and he hopes his journey can help younger players who enter the NBA with a little too much swagger and impatience.

“I hope I can send a message to the next wave of guys who are coming into the NBA and break that cycle,” Crawford said. “I’d love if they can learn from what I went through.” 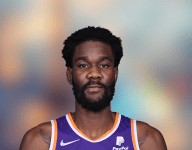 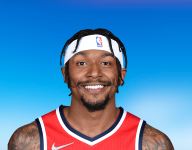 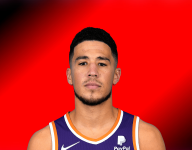 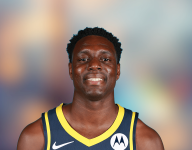 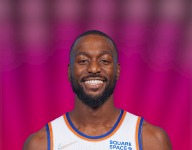 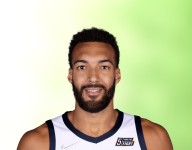