Carmelo Anthony described how art inspires him for fashion and sports

Carmelo Anthony described how art inspires him for fashion and sports

Oklahoma City Thunder star Carmelo Anthony, who was recently traded from the New York Knicks, appears on the newest cover of Gotham Magazine.

In the October 2017 issue of the publication, Anthony spoke with Laurence Chandler, founder of menswear brand Rochambeau, about the relationship between basketball and the fashion industry.

Anthony, 33, explained how he brings the art world, including his own art collection, into his personal fashion as well as his performance on the court (via Gotham):

“I look at art for inspiration whether it’s for fashion, sports. When it comes to wine, cigars, everything in the luxury world is completely centered around art. When I first started in the art world, I was so caught up with the Rembrandts and the Picassos and Basquiats and Van Goghs. I was so caught up on the big boys, I was blind to everything else. Then I thought, ‘OK, those guys are the originators. Now I’m going to focus on bridging that gap.'”

He also touched on how fashion is about differentiating yourself and a big part of that focuses on storytelling.

Anthony said that when he first entered the league in 2003, other players would “joke on” him for going to fashion shows. Now, he said, it’s part of the lifestyle in the league. 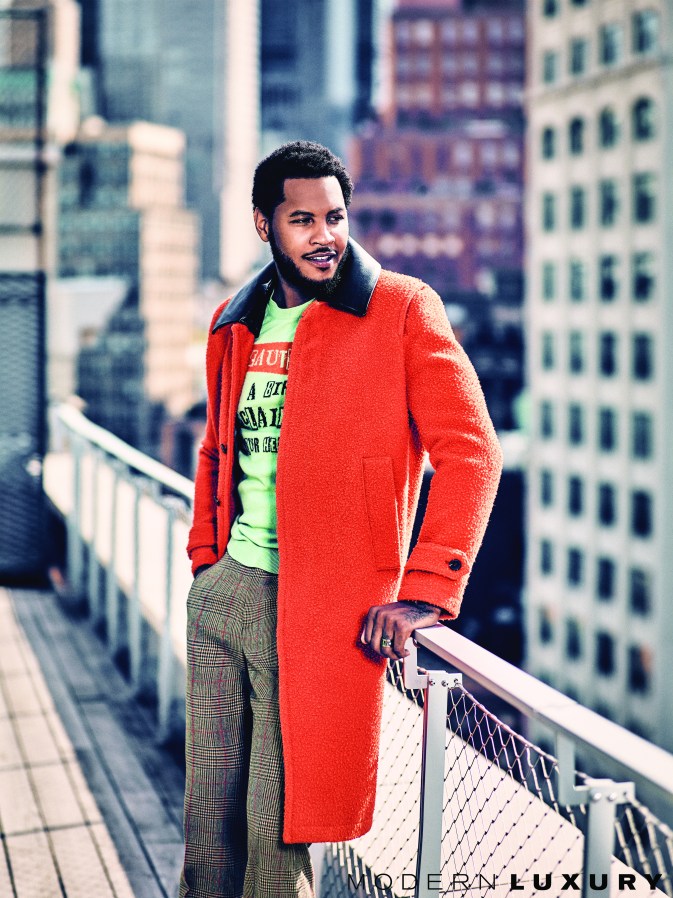 The tagline of his personal website is “life & style for the sophisticated urbanite” and he has been a fixture at Fashion Weeks in the past.

Anthony and his newest teammate Russell Westbrook will inevitably draw legitimate attention for their outfits during the upcoming season.