Cleveland Cavaliers shooting guard JR Smith said that, as far as he knows, he is still in the starting lineup for the team entering the season.

JR Smith says nobody has talked to him about moving to the bench for Dwyane Wade. "As far as I know I'm in the starting lineup." #3Cavs pic.twitter.com/uCu0sPQWda

Head coach Ty Lue said the Cavaliers do know what they will do with their starting lineup, but have not yet explained any details (via Cleveland.com):

Wade was assured he would start for Cleveland, but he was a backup point guard for the team on Wednesday.

LeBron James and Dwyane Wade have obviously talked throughout the summer. I'm told CLE has made it clear Wade would start if he signs.

But if Wade was in the starting lineup with Rose, it would hurt the team from long distance. Neither Wade nor Rose have the same prowess from deep that Smith provides.

According to NBA insider Joe Vardon, it seems Wade could move into the starting lineup alongside Isaiah Thomas once Thomas returns from injury:

“When Thomas returns, in at least two months, he poses more of a threat as an outside shooter (.379 last season), which could allow for a Thomas-Wade backcourt. The NBA is a 3-point league, and the Cavs were second in attempts, makes, and percentage.”

While the team waits for Thomas to recover, Rose and Wade may not make sense on the floor at the same time.

Starters for the Cavaliers averaged 23.8 three-pointers per game last year. The projected opening day lineup with Rose and Wade would have had just 14.4 three-point attempts per game.

One potential (though unconventional) solution would be for Wade to start at point guard with Rose coming off the bench. Lue has already played Wade in the rotation as a point guard. The idea isn’t unreasonable as the league moves closer towards position-less basketball and Rose, like Wade, is a ball-dominant guard who can score at will.

This would keep Smith as a starter and give the team a better chance to stay competitive from three-point range until Thomas recovers. Then, once Thomas returns from his injury, Wade could slide back into his more natural fit as a shooting guard.

Wade would remain a starter in this scenario while not entirely compromising their identity as a team that can shoot three-pointers next season. 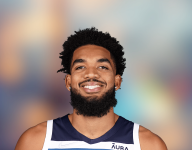 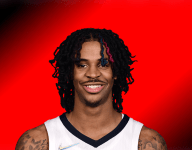