Oklahoma City Thunder star Carmelo Anthony will play for a contender after failing to make the postseason four years in a row.

While with the Denver Nuggets and New York Knicks, Anthony has made it past the first round of the playoffs just twice during his fourteen professional seasons. But now teamed up with Russell Westbrook and Paul George, the Thunder will be a competitive force in the Western Conference.

Despite failed attempts at a run towards an NBA championship during his career, it’s worth mentioning Anthony has won the NCAA title as well as three Olympic gold medals. If he can take home the Larry O’Brien trophy with his new team, he would join an impressive group.

#FunFact Michael Jordan is one of 7 in the Triple Crown Club (NCAA title, NBA title, and an Olympic Gold medal). #TarHeelNation

As the most recent player to accomplish the feat, Johnson took home the NCAA title in 1979. He won his first of five NBA titles in 1980 and then finished the accomplishment in 1992 while with the infamous Dream Team.

Before Anthony was traded to Oklahoma City, the Thunder had an implied probability of 1.49 percent of winning the 2018 league championship. But with him on the squad, the odds jumped to 5.88 percent.

It’s still not likely that Anthony joins the likes of Russell and Jordan, though stranger things have happened in basketball. 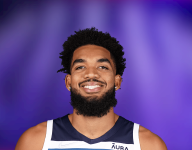 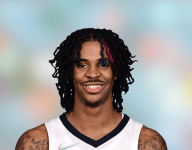