Last week, as Dallas Mavericks rookie Dennis Smith Jr. went through shootaround prior to his third preseason contest, he heard a familiar voice calling his name. Recent Hall of Fame inductee Tracy McGrady was sitting courtside in Orlando’s Amway Center and the former MVP wanted to wish Smith good luck as he begins his NBA career. McGrady dapped the 19-year-old, who seemed genuinely surprised by the encounter.

After the contest, Smith couldn’t hide his excitement when discussing McGrady’s support. When asked about their pre-game chat, Smith’s demeanor completely changed and he couldn’t stop smiling.

That is Smith’s life these days. As he prepares for his rookie campaign with the Mavericks, the stars he grew up idolizing now count him as peers. McGrady sits courtside to watch him. (He shakes his head when this is said out loud.) LeBron James tweets his support and says he can’t wait to play against him.

Proud of u lil bro! Looking forward to being on court vs you this season. https://t.co/YwvdhoFe37

Smith started impressing his fellow NBA players when he dominated Summer League, averaging 17.3 points, 4.8 rebounds, 4.2 assists and 2.2 steals and earning a spot on the All-Summer-League 1st Team. Many NBA veterans who traveled to Las Vegas to watch the action named Smith as their early favorite for Rookie of the Year, with some openly wondering how he slipped to the No. 9 pick in the draft.

During the preseason, Smith has faced some growing pains; he’s averaging 11.5 points, 3 assists, 3 rebounds and 1.3 steals while shooting 40.5 percent from the field and 41.2 percent from three-point range. But in Monday’s win over the Orlando Magic, the Mavericks let him play more than 20 minutes for the first time this preseason and he responded with his best performance yet: 16 points, 7 assists, 6 rebounds, 1 steal and 1 block in 26 minutes.

“I’m very comfortable,” Smith said. “At the end of the day, I’m just playing basketball. I’m making the right reads and things like that. I’ve been doing that for a very long time. If I just keep coming out and learning the game, I’ll keep getting better.”

While Smith still has a lot of acclimating to do in Dallas, there’s at least one familiar face: Mavericks assistant coach God Shammgod, who has been mentoring and training the young point guard for nearly five years. Shammgod and Smith first met at the Under Armour Elite 24 Camp, where Shammgod put him through some on-court work.

“I met him when he was in 10th grade,” Shammgod said. “He’s always been amazing. He’s a special kid, on and off the court. Early on, [our relationship consisted] of a lot of mentoring and some on-court work. Now, there’s obviously a lot more live work. He’s like a brother to me.”

The two remained close as Smith became one of the nation’s top point guard prospects and Shammgod, who mentored many players (including a young Kobe Bryant) throughout his playing career and once served as a player-coach in China, climbed the coaching ranks.

While Shammgod and Smith are thrilled about their reunion in Dallas, it’s a total coincidence; the Mavs hired Shammgod to join Rick Carlisle‘s coaching staff in a player development role in July of 2016 after he spent several years as an assistant at his alma mater, Providence. When Dallas drafted Smith with the ninth overall pick in June, Shammgod was ecstatic.

“I was just so happy for him and his family as well as our organization,” Shammgod said. “I reached out and told him, ‘Congratulations, bro!’”

For years, Shammgod has been hyping up Smith and predicting he’d be a star once he made it to the league. Now, Smith will have every opportunity to prove him right in Dallas. He’ll be the Mavericks’ starting point guard from day one and he’ll have plenty of veteran weapons at his disposal including Dirk Nowitzki, Harrison Barnes, Wesley Matthews, Nerlens Noel and Seth Curry.

“He’s going to have an outstanding career,” Shammgod said of Smith. “I’m not surprised by the player he is now. He’s a great kid, he’s extremely talented, and he’s put in a lot of hard work over the years to get to this point. I’m honored and blessed that we’re getting a chance to work together [at the NBA level], just like we always talked about back then. It’s been a crazy, beautiful journey.”

Smith will be surrounded by people who can help him reach his full potential. Dallas has two veteran point guards – JJ Barea and Devin Harris – who can offer guidance. When it comes to the coaching staff, he’ll be in great hands with Carlisle, Shammgod and fellow assistant Darrell Armstrong (who played point guard in the NBA for 14 years) teaching him how to be a floor general.

“Both of those guys played in the league and both of those guys grew up playing the point guard position in different fashions,” Carlisle said of Armstrong and Shammgod, per Mavs.com. “Both of those guys have done a great job for us and have influenced our program in a very positive way. They’re going to help. There’s a lot that goes into a highly successful NBA player… With Dennis coming off the [ACL] injury a year and a half ago, these guys are going to be very important. They’re going to find every nook and cranny of things that need to be tweaked, strengthened, whatever it is, and we’ve got to build him into a guy that can stand up to the wear and tear of an NBA season. A lot of work goes into that.”

“There’s a lot of space in the NBA,” Smith told Mavs.com. “And watching people like Devin and JJ, I can learn exactly how to use that to my advantage. They were just giving me little pointers and things I can do better, or things that they’ve seen somebody else do… They were just trying to keep me getting better. I think it’s great. The best teacher is experience, and they’ve been through all of it. They’re not going to do anything but give me the best advice, and I hope that I can be a good vet like those guys are.”

It’ll be quite some time until Smith is the wise, old vet. After all, he doesn’t turn 20 years old until Nov. 25. It’s easy to forget that around this time last year, he was preparing for his first college basketball game as a freshman at North Carolina State. Now, he’s playing alongside Nowitzki, who was drafted less than a year after Smith was born.

While Smith has fared relatively well against NBA competition, he did have to adjust to the league’s brutal schedule. Dallas’ second and third preseason games were a back-to-back against the Chicago Bulls and Orlando Magic. It clearly took a toll on Smith. When asked about the toughest part of his transition to the pros, he said “the back-to-backs” without any hesitation.

“We never had those [in college],” Smith explained. “When we have a back-to-back, we fly in around 3 a.m. and you get to bed at 4 a.m. and you have to be up by 9 a.m. That’s something that’s new for me and I have to make that adjustment. But all pros had to do that. I’m learning. This was my first back-to-back, and I’m going to learn from it and build on it.”

“This is really the beginning of [Dennis] learning an awful lot in a very short period of time,” Carlisle told Mavs.com. “He’ll keep getting better. He’s got great ability, he’s got really terrific spirit, and he loves to be a part of a team.”

Mavericks assistant coach Melvin Hunt recently told reporters that he believes Smith is holding back a bit and predicted that the young point guard will take his game to another level once the games start counting.

When told about Hunt’s comments, Smith’s eyes widen and he laughs. 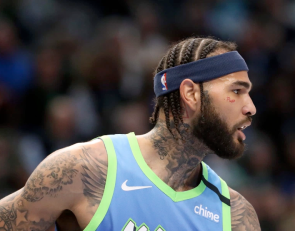