The Boston Celtics’ 2017-18 season got off to the worst start imaginable when Gordon Hayward fractured his left ankle just several minutes into his regular-season debut with the C’s.

The Celtics are continuing to evaluate Hayward and haven’t released a timetable for his recovery yet, but it’s hard to imagine the veteran small forward returning this season since the injury was so gruesome (much like Paul George’s injury during the Team USA scrimmage several years ago).

While everybody is rooting for him to make a quick and full recovery, the Celtics do have to continue their season and figure out what to do without their All-Star forward for what may be the duration of the campaign. It seems likely that they’ll at least consider making a move – either signing a free agent or pulling off a trade – to bolster their depth at the three-spot.

It goes without saying that nobody will be able to fully replace Hayward’s production since he’s an All-Star and averages over 20 points per game. There’s a reason he was one of the biggest free-agent additions of the summer. More than anything, Boston will likely lean on youngsters Jayson Tatum and Jaylen Brown as well as versatile forward Marcus Morris. Still, the team will likely kick the tires on some available players.

As ESPN’s cap expert Bobby Marks noted, the Celtics can apply for a Disabled Player Exception and the NBA should grant them one. This exception would be worth $8.4 million and Celtics general manager Danny Ainge would have until March 10 to use it.

At the moment, here are some swingmen who are available in the free-agent pool:

(Martin announced his retirement, but he may be willing to pick up the phone for a contender like Boston. And this wouldn’t be the first time Ainge pursued a retired player either. Remember, he offered Reggie Miller a contract in 2008 – three years removed from Miller’s last NBA season).

Unfortunately for Boston, many free agents have already been signed by other teams by this point and even recently waived players (like Richard Jefferson and DeAndre Liggins) have been snatched up.

Several of the players listed above have inked deals overseas, although many players have an NBA-out in their international contract that allows them to return to the U.S. should an NBA team make them an offer.

Some of the free agents have ties to the Celtics or their current players. For example, Gerald Green was just on Boston’s roster last season. He appeared in 47 regular-season games with the Celtics during the 2016-17 campaign, averaging 5.6 points. He played in 13 postseason games for Boston, with head coach Brad Stevens even moving him into the starting lineup for 7 contests. In last year’s playoffs, Green averaged 7.5 points in 14.8 minutes and shot an impressive 46.7 percent from three-point range. The 31-year-old was signed by the Milwaukee Bucks in September, but was recently waived after the preseason. It seems likely he’ll receive some consideration, based on his familiarity with the system and the fact that Coach Stevens seems to trust him given his playoff role.

RJ Hunter was a first-round pick by the Celtics in 2015. Boston cut him last year and he joined the Chicago Bulls, only to be waived by them as well shortly after. He spent much of last year playing in the NBA D-League and is currently a free agent. While he’s been underwhelming in the NBA, he’s still just 23 years old and at least he’d be familiar with Stevens and some of his former teammates (although only Marcus Smart and Terry Rozier remain from that 2015-16 team he was on).

Perry Jones III also has history with the Celtics, as he was briefly with the team in 2015 (but ultimately was waived prior to the start of the regular season).

Derrick Williams spent last season with the Cleveland Cavaliers, appearing in 25 games and averaging 6.2 points and 2.3 rebounds in 17.1 minutes. During his stint in Cleveland, he shot an impressive 50.5 percent from the field and 40.4 percent from three-point range. With the Cavs, he impressed Kyrie Irving with his hustle plays and the two developed some chemistry, which could make him an interesting addition for Boston. Williams is also just 26 years old, so he’s significantly younger than some of the other players on the market.

As previously mentioned, if Boston does get an exception from the NBA, they don’t have to make a move right away. Because the deadline to use it isn’t until March 10, they could be patient and see which veteran players are bought out after February’s trade deadline. Veteran small forwards would likely be very interested in joining the Celtics since they can offer significant minutes, a nice pay check and a chance to contend. Waiting may be Boston’s best bet, as it could allow them to add a key contributor who can help them significantly more than any of the individuals listed above.

Another option for the Celtics to improve their roster is via trade. As Marks wrote, the Celtics could use that $8.4 million exception to trade for a player who has one year remaining on his contract. That would also line up with Ainge’s strategy of fielding a contender now while also maintaining his long-term flexibility (since the deal would be off the books this summer). Ainge also has other assets, including a ton of draft picks and young players, if he wants to wheel and deal. Boston is already going through a huge adjustment period since they only have four players back from last season, so they may not want to go the trade route. But then again, what’s one more new face, especially if the acquired player fills a need?

Here are some potential trade targets for the Celtics.

Jared Dudley: Dudley would be a great fit for Boston, helping them on and off the floor. The Phoenix Suns would move the veteran small forward for the right price since they’re focused on the future (and having TJ Warren and Josh Jackson makes the former Boston College star expendable). With that said, his $10 million salary means the Celtics would have to trade a player for him as opposed to the exception.

Corey Brewer: The 31-year-old could be the perfect target for Boston. His $7,579,366 salary fits into the exception, he’s in the final year of his contract and he could be obtainable once the Los Angeles Lakers realize that making the playoffs this year was a pipe dream all along. Just as Magic Johnson traded away Lou Williams last year when it became clear that L.A. was lottery-bound, it’s possible he parts ways with Brewer at some point for the same reason (and to get something in return for him rather than just letting him walk as a free agent next summer).

Courtney Lee: The 32-year-old played two seasons in Boston earlier in his career and he’s reportedly being shopped by the cost-cutting New York Knicks. Lee had a very strong 2016-17 season, averaging 11 points, 3.3 rebounds, 2.3 assists and 1.1 steals while shooting 40.5 percent from three-point range. However, it went overlooked due to New York’s struggles. But like Dudley, Lee doesn’t fit into the exception so Ainge would have to find another way to acquire him.

Kyle Anderson: He fits into the exception and is in the final year of his contract (he’ll be a restricted free agent this summer). He’s still just 24 years old, so the San Antonio Spurs may not be ready to move on from him. Then again, if they don’t want to open their wallet to pay him next summer, perhaps they would consider moving him now. He hasn’t done much with the Spurs, but his playing time has been pretty limited. Perhaps a change of scenery would be good for him. Also, with Kawhi Leonard playing as many minutes as possible, Rudy Gay signing over the summer (he’ll likely split time between the three and four) and Davis Bertans showing some promise, Anderson is more expendable than ever.

Wesley Johnson: Johnson is a solid reserve who has done a good job filling his role with the Los Angeles Clippers over the last two years. He would give the Celtics another perimeter defender. His salary would fit into the exception.

It remains to be seen what the Celtics will do – if they do anything at all. It was devastating watching Hayward go down and, regardless of what’s next from a roster standpoint, that’s an enormous loss that drastically changes their season outlook.

Let’s hope Hayward can return soon and, like George, come back even stronger than before. 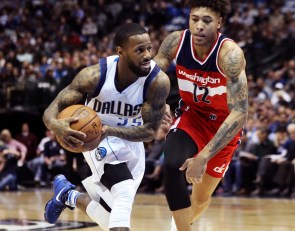 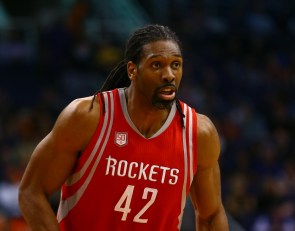 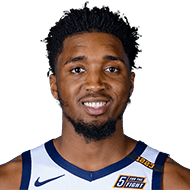