The New Orleans Pelicans have been decidedly mediocre to start 2017-18.

They don’t gobble up rebounds as their roster suggests they should (14th in rebound rate at 50.3 percent), they don’t distribute very well (15th in assist-to-turnover ratio at 1.42) and their 3-5 record currently has them outside of the playoff picture almost one-tenth of the way through the year.

However, for all of New Orleans’ issues, apart from it just being too early to panic about the standings, they can rest somewhat easy knowing that their gargantuan, expensive and ridiculously talented frontcourt have more than carried their weight thus far.

Anthony Davis and DeMarcus Cousins are putting up absolutely absurd stat-lines on a consistent basis.

Although his marks don’t seem sustainable, the former Sacramento King center could become merely the third player in league history to average at least 30 points, 13 boards and five assists for an entire year. The other two men to do it were Hall-of-Famers Wilt Chamberlain (who did it twice) and Elgin Baylor.

Before the season tipped off, many questioned how the Pelicans would perform with two traditional big men in their starting lineup, considering the state of modern basketball, where quickness is preferred to size. Truth be told, it would appear the detractors did not consider one thing: New Orleans’ two big men are far from traditional.

Not many 6-foot-11, 270-pound players can bring the ball down and dish cross-court dimes like Cousins does in the following clip:

And even fewer can confidently walk into pull-up midrange jumpers in semi-transition like Davis does here:

With their starting power forward and center in the game, the Pelicans perform like a playoff-caliber unit.

The team’s 112.6 offensive rating in 183 minutes with Cousins and Davis on the floor would rank second in the league if extrapolated for the year, while their 101.6 defensive rating would place 12th.

New Orleans’ two bigs are starting to find perfect synergy together – Cousins playing the role of supersized distributor with Davis excelling off the ball. The former has excelled as the team’s primary playmaker, and the latter has transformed into an unfair safety valve.

While Cousins sets up the offense at the top of the key, Davis has learned when to be patient and space the floor as a spot-up shooter, and when he should dart towards the basket for easy finishes. And he does both exceptionally well.

On the year, Davis is scoring 1.15 points per possession (PPP) on spot-up attempts, per Synergy Sports – a clip that places him in the 73rd percentile of the league. Meanwhile, as a cutter, the otherworldly big man actually leads the NBA in efficiency, scoring an astounding 1.63 PPP on such opportunities.

Though it’d be asinine to label him a role player considering he’s putting up a beastly 27 points a night, one would be hard-pressed to find a more perfect complementary piece than the one Davis has blossomed into.

Cousins, on the other hand, finds himself with the ball in his hands more often, setting up the offense as the Pelicans run sets to spring cutters open or set up spot-up looks. On plays where the defense clogs the paint and remains glued to shooters, giving the 6-foot-11 center no other option but to seek out his own shot, he can do just that extremely effectively.

Thus far in 2017-18, Cousins has produced 1.05 PPP in isolation opportunities and 1.03 PPP when posting up. Both clips place him the top 31 percent of the league, among some of the best scorers the NBA has to offer.

His mixture of brute strength and a tight ball-handle is nearly unmatched. And if he gets his shoulder into you, it’s over: He’s scoring.

It should come as no surprise, then, that Cousins presently boasts a 61.3 true shooting percentage, by far the most effective rate of his career.

Head coach Alvin Gentry has done a fantastic job of creating a system catered to his superstars, and the two towers of offensive excellence and defensive fortitude have responded to the challenge wonderfully, playing like two of the best players in the NBA.

The stats back that up, too.

Currently, Davis is No. 14 in NBA Math’s Total Points Added (TPA) metric – a cumulative measure of impact based on Box Plus/Minus.

And Cousins? Well, he’s sitting pretty at No. 1 overall.

The problem is that the two All-Stars are currently the only positives on New Orleans’ roster according to TPA, while every other Pelican has been an abject negative.

After their loss to the Minnesota Timberwolves, the New Orleans Pelicans are now 3-5. Here's how all #DoItBig players stack up in TPA: pic.twitter.com/cJWVncETOJ

That’s particularly disappointing for a player like Jrue Holiday, who just signed a five-year, $131.8 million contract to remain in Louisiana. The floor general’s off-the-ball game was supposed to mesh wonderfully with the two star big men, as his cutting and spot-up shooting have typically been strengths throughout his career.

Unfortunately for the Pelicans, that hasn’t remotely been the case this season. Holiday has scored just 14 points in 24 spot-up possessions in 2017-18, per Synergy Sports, a mark that has him in the bottom nine percent of the league.

What’s more, he has only cut towards the basket eight times in eight games. Holiday has, however, scored 14 points on those eight cuts – an encouraging, healthy rate. He just needs to be more aggressive in choosing when to do so.

Perhaps with more time on the floor, Holiday will begin to jell with his two ball-dominant teammates. If that doesn’t happen, though, the Pelicans will find themselves in quite the pickle, as no other franchise has the cap room (or the want) to add a 27-year-old point guard on a max contract.

Overall, Davis and Cousins have done their part – and then some. They have been forced to carry the burden, and barring a trade to land the team more wing depth (unlikely), or Rajon Rondo returning from injury as the 2009 version of Rajon Rondo (not happening), that won’t change anytime soon.

Nevertheless, the two superstars are playing well enough for New Orleans to remain relevant – at least in the race for a playoff spot in the stacked Western Conference – even without added help. 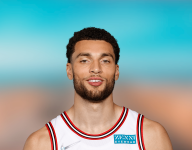 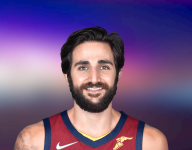