The Detroit Pistons and Los Angeles Clippers are discussing a trade for star forward Blake Griffin, according to ESPN’s Adrian Wojnarowski.

The Clippers and Pistons have agreed on a deal to trade Blake Griffin for Tobias Harris, Avery Bradley, Boban Marjanovic, a first-round and a second-round draft pick, league sources tell ESPN.

Wojnarowski reported earlier on Monday that Detroit’s Avery Bradley is “available” in trade talks. Because the Pistons packaged him with the 6-foot-8 forward Tobias Harris, it matched salaries to take back the five-time NBA All-Star Griffin.

The Ringer’s Kevin O’Connor was the first to report the deal would likely include Bradley and Harris as well as big man Boban Marjanovic and a future first-round. The Pistons are also including a second-round pick.

Detroit had been considered to be the most aggressive trade suitor, according to recent reports.

The #Clippers were very interested suitors in Avery Bradley before he was traded to #Pistons. Doc Rivers has along admired Bradley.

During the offseason, we learned that Los Angeles made a serious effort to land Bradley before the Boston Celtics traded him to Detroit. Doc Rivers has long admired the guard and coached him for multiple seasons in Boston.

Bradley, who is a well-respected defender around the league, was never considered a long-term solution for the Pistons. He would form a strong defensive duo in the backcourt if the franchise brought back both Patrick Beverley and Bradley next season. Harris, meanwhile, is a versatile offensive option considering he is also an above-average shooter for his position.

While the Clippers have not yet agreed to a long-term contract extension with big man DeAndre Jordan, it’s clear that they would be hesitant to pay two players in their frontcourt such large deals moving forward.

Sources: Clippers will continue to pursue packages of young players and picks in talks for DeAndre Jordan and Lou Williams.

Wojnarowski reports Jordan and the likely NBA Sixth Man of the Year favorite Lou Williams will also be on the trade block moving forward as Los Angeles has clearly accepted a rebuild.

Detroit will have a strong frontcourt with Griffin and Andre Drummond. The Clippers will have a fascinating rebuild to watch moving forward as well. 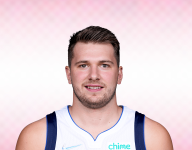