Josh Jackson is becoming a threat on offense, which is great for Suns

Josh Jackson is becoming a threat on offense, which is great for Suns

Phoenix Suns rookie Josh Jackson was already one of the top defensive prospects in the 2017 NBA Draft. Now, he’s figuring it out on offense.

During the first three months of the season, Jackson only averaged 9.0 points per game. Since the start of January, that has jumped to 16.1 points per game. It’s a stark increase for the rookie in Phoenix.

He has averaged 26.9 points per 100 possessions during his most recent 19 games. This trails just Utah’s Donovan Mitchell among rookies who have played significant minutes in 2018.

As expected, his minutes per game have increased each month since November. His usage rate also jumped significantly from 22.9 percent in December to 27.7 percent in January.

Cannot emphasize this enough: #Suns fans should not take Josh Jackson's 2018 turnaround for granted. Huge sigh of relief on that one.

The addition of point guard Elfrid Payton has certainly helped him. He is shooting 7-for-11 (63.6 percent) after passes from the former lottery pick in their three appearances together.

He is already elite at cutting to the basket, too. His scoring frequency (74.5 percent) on this play type trails just six players among those with as many opportunities, including LeBron James and Anthony Davis.

As he continues to develop, expect him to continue to take more shots and figure out his groove on the offensive end of the basket for Phoenix. Even though the team is losing, his recent success is a huge takeaway for the Suns. 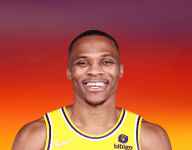 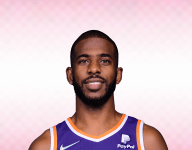