If not for the German three-point assassin we covered earlier, Hakeem Olajuwon would undoubtedly be known as the best international player ever. As is, Olajuwon makes a great argument in his own right, even despite Nowitzki’s gaudy numbers.

The Nigerian seven-footer won two championships to Nowitzki’s one, is a one-time MVP just like the Mavericks legend, was an excellent offensive weapon despite never becoming a three-point threat (career 21.8 points per game on 51.2 percent shooting) and could be called the best defensive big man in modern league history.

Olajuwon led the NBA in nightly blocks three times, in rebound average twice and won Defensive Player of the Year twice as well.

Just for good measure, we should also add that the athletic specimen of a big man also has the most blocks in NBA history by a fairly wide margin, with 3,830.

All of the aforementioned accolades, of course, came as a member of the Houston Rockets, where Olajuwon spent almost the entirety of his career. 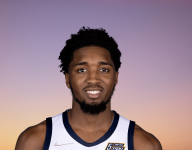 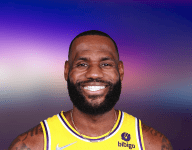