Once All-Star behemoth DeMarcus Cousins went down with a torn Achilles, many thought the New Orleans Pelicans’ chances of qualifying for postseason play in the stacked Western Conference were out the window.

Two deals later – one, a trade for Nikola Mirotic from the Chicago Bulls, the other, a surprise signing in the form of Emeka Okafor – helped spur the Pelicans to a 10-game win streak, and gave them some breathing room in the race for a playoff spot. (As of Mar. 9, head coach Alvin Gentry’s team has an 88 percent chance of finishing with a Top 8 seed in the West, per FiveThirtyEight.)

In all honesty, however, we may be using the word helped a tad liberally here, as the main culprit behind New Orleans’ recent push has been the otherworldly play of All-NBA talent Anthony Davis.

Over the 10-game stretch between Feb. 10 and Mar. 7, the Pelicans’ big man put up a truly obscene 35.6 points, 13.6 rebounds, 3.1 blocks and 2.8 steals per contest while slashing fiery 53.7/44.1/85.6 shooting splits. He shot nine free throws nightly, took care of the basketball, was everywhere defensively and played nearly 38 minutes nightly.

Nevertheless, despite the run of hot form from New Orleans, in which they posted the leagues’ fifth-highest net rating (+7.7), it’s also important to note: The team’s play absolutely cratered whenever their star found himself on the bench.

Davis turning in monstrous performances on a consistent basis and being forced to carry his team isn’t exactly a new development, though.

After all, the sixth-year pro does already possesses two All-NBA First Team distinctions (2015, 2017) under his belt with just one postseason appearance to show for it.

It’s the severe lack of team success the Pelicans have had, despite employing the services of a top seven-ish talent over the past six seasons, that could be a cause for concern regarding their future with said talent.

In league history, only one other player to make a 1st Team All-NBA within his first five campaigns has played in fewer playoff games than Davis. That would be Latrell Sprewell, who played in three postseason outings over his first five years, to Davis’ four.

If you recall, Sprewell would wind up eventually choking his head coach.

Things won’t get that tumultuous between Davis and Alvin Gentry, but it’s still a damning statistic. And one that could make the transcendent superstar reconsider his future with the organization in a different light.

In fact, Davis already seems to be pondering things.

On ESPN’s The Jump, Rachel Nichols asked Davis about comments Kevin Garnett reportedly made to Paul Pierce, when the big man told Pierce he wished he left the Minnesota Timberwolves earlier in his career, instead of toiling away on a non-contender for so much of his prime. Davis responded the following:

“Yeah, when you hear that, it makes you think. Not gonna lie, it makes you think, because you’re wondering if you’re following in that same path. But then again, you’re like, oh, this year could be the year. You don’t know. So, you’ve just got to take it year-by-year and just see, see where the team is going, what direction they want to go to and just see where their head is.”

Though in that same interview, Davis professed his excitement about where New Orleans was headed prior to his super teammate Cousins going down and how satisfied he was with the improvements the Pelicans’ front office have made this season, that blurb to Nichols was still noteworthy enough to raise eyebrows.

Plus, Cousins hits unrestricted free agency this summer, so what made Davis so pleased with his team’s brass could be on a different team by July.

The Pelicans power forward recently made it clear to the New York Times’ Marc Stein that he’s “confident” his frontcourt mate Cousins will return to New Orleans this offseason.

Let’s envision that does happen, and Cousins returns on a deal with an annual average salary of $20 million. This is what the Pelicans’ books would look like over the next two seasons in relation to the projected salary cap:

That leaves New Orleans with almost no wiggle room to find much-needed help for Cousins (who will be coming off a major injury) and, more importantly, Davis.

Even more worrisome is that we’re probably being conservative with the $20 million per year estimate on Cousins. His max for 2018-19 sits at $30.3 million and it wouldn’t be remotely surprising to see him agree to return on a figure more closely resembling the latter number, as opposed to the team-friendly former. Meaning the Pelicans could very well have even less money to fill out the rest of their roster than the chart shows.

For a team so utterly lacking in game-changing talent outside of Davis, Cousins and Jrue Holiday, that would be a huge blow to their chances at future contention. Especially because it’s so clear the trio needs more around them, as the team’s net rating before Cousins went down was a decent-but-far-from-special +1.2. Having Mirotic for the entirety of next season will help, but will it help enough?

New Orleans may consider the possibility of not bringing Cousins back next season, partially because it’s unknown how he’ll look returning from a torn Achilles. Sure, modern medicine does a fantastic job of getting players back to their pre-injury form, but Cousins is a 6-foot-11, 270-pound monster who turns 28 before the start of next season. Coming back all the way from that ailment will not be easy, no matter his level of dedication to rehab.

Choosing to let him walk this offseason and using that cap space to fill out the team with stronger role players could be the savvy move by the Pelicans.

But do they really want to risk angering their superstar in the process? Davis and Cousins do, after all, seem to have formed quite the bond over the past year and change.

What if losing his teammate and friend makes the sixth-year Pelican reconsider his future with the franchise?

Although he’s under team control for another three years after the culmination of this season, Davis owns a player option on the final campaign of his deal, so those three years could easily (and will almost certainly) become two.

Even besides that, a mopey superstar with eyes elsewhere is never a good thing. We just saw what happened between Kyrie Irving and the Cleveland Cavaliers not all that long ago.

As is, even with a fun team that had legitimate playoff aspirations coming into the season, and two elite big men manning the paint, the Pelicans are having trouble drawing fans. For the year, New Orleans boasts the fifth-lowest nightly attendance figure in the league.

Hell, even after winning 10 games in a row, with chance to set a franchise record for consecutive victories on Mar. 9 at home, the Pelicans still had over one thousand tickets available the day before the potentially historic outing.

I’m told there around 1,500 tickets remaining for tomorrow’s #Pelicans game, with the team aiming to record a franchise-record 11th consecutive win.

Team officials are pushing for a hard sellout on a potentially historic night.

Just imagine how poorly that team would draw without Davis. Yikes.

Add in the fact that 90-year-old team owner Tom Benson has been in poor health recently and a heated dispute for his properties awaits if anything were to happen to him, and you have even more of a reason to avoid angering Davis in any way, shape or form.

Because a team that struggles drawing fans even with an MVP candidate on its roster would face serious problems without him… to the point even a move to another city can’t be ruled out.

At least seasoned reporter Steve Bulpett of the Boston Globe believes so. He recently joined the Celtics Beat podcast and had this to say on a potential Davis trade:

“The Anthony Davis thing is, to me, probably the longest shot you’ll ever see. Because not only is he a great player that New Orleans wants to keep, but you’ve got to understand, NBA basketball is not a guaranteed thing in New Orleans. That franchise, if they were not playing well right now, if they didn’t have a Davis… that would be a club that you would see in rumors about, ‘Well, if they build the arena in Seattle, maybe that’s a club that gets moved there.’ So if they were to trade away a franchise-type player like Anthony Davis, that would send an awful message to a fan base that maybe isn’t as big as they’d like, and they’re trying to build. So Davis’ value to the Pelicans is far beyond his points, assists and rebounds.”

And thus, that’s what makes this upcoming summer in Louisiana so intriguing.

Do the Pelicans bring back Cousins and financially strap themselves in for the foreseeable future to a team with a meager +1.2 net rating on the year? Or do they let him walk and try to build a stronger roster around Davis? If they do, will that anger their one true superstar to the point he starts looking around for greener pastures? And what would potentially losing a transcendent talent do to the future of basketball in New Orleans?

Unfortunately, we don’t have those answers. But no matter what ends up happening, it’s going be quite the tricky offseason for general manager Dell Demps to circumvent – one that will have major ramifications down the road.

Regardless, at the moment, at least, they can forget about all of that and enjoy their push for a Top 4 seed in the loaded Western Conference. Because who knows how long the good times will last. 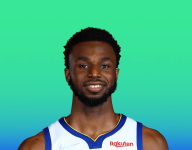