Each year, there’s considerable debate about which finalists should be inducted into the Naismith Memorial Basketball Hall of Fame. The NBA doesn’t have its own Hall, so a basketball player’s entire body of work – from their collegiate success to pro achievements to overseas play – must be factored in when debating whether their bust belongs in Springfield.

At first glance, Chris Bosh may not seem like an obvious Hall-of-Fame selection. But, in reality, he’s a virtual lock to be inducted when his time comes. A player must be retired for five years before becoming eligible to enter the Hall of Fame, and Bosh shouldn’t have any trouble getting in (despite what some fans may think).

Bosh finds his Hall of Fame candidacy questioned for very different reasons than most players. While some fans (unfairly) mocked him or downplayed his production when he was sharing the court with LeBron James and Dwyane Wade, Bosh’s public perception isn’t the issue.

The main argument against Bosh is that his career only lasted 13 seasons, or a total of 893 regular-season games and 89 playoff games.

This, of course, isn’t Bosh’s fault. The 33-year-old was forced to retire from the NBA due to a blood-clotting issue that caused him to have at least one potentially-fatal pulmonary embolism (which is when a blood clot moves to the lung).

While there are blood-thinning medications that Bosh and others in his position take to prevent further clotting issues, the NBA doesn’t allow players to compete while on these medicines because they put the individual at severe risk of bleeding out. A cut during a game could suddenly become a life-threatening issue because the medicines cause patients to bleed a lot and some of the thinners don’t have an antidote to reverse them (so if there’s serious bleeding, it’s nearly impossible to stop it).

Bosh has tried to find a way to resume his playing career and, recently, he has indicated that he wants to return to the NBA for the 2018-19 season. This blood-clotting issue has understandably frustrated him, as every athlete wants to go out on their own terms and having to walk away from the game during his prime years must be extremely difficult. There’s no denying that he could still thrive in the NBA, especially since his skill set is a perfect fit for today’s game. However, the situation is extremely risky. Stopping the medication or playing on the medication (which the NBA won’t allow anyway) both have the same worst-case scenario: death.

If this is, indeed, the end of Bosh’s NBA career, he should hold his head high and be proud of his accomplishments. Even though his career was cut short, he’s still a virtual lock for the Hall of Fame given everything that he accomplished when he was able to take the court.

He ranks in the top 100 in NBA history in total points (89th), total rebounds (78th) and total blocks (100th), which is a testament to his excellent production when he was healthy. Advanced analytics also paint Bosh in an excellent light, as his career 20.6 PER (58th-best all-time), 106 win shares (67th-best all-time) and .571 true shooting percentage (80th-best all-time) are very impressive.

Bosh was an 11-time All-Star and he won a gold medal with Team USA at the 2008 Beijing Olympics. He also obviously won two championships as a member of the Miami Heat.

While the statistics and achievements are likely impressive enough, Bosh’s unselfishness should be noted. There’s no question he could’ve put up even more impressive numbers during his career, but he willingly took a backseat to James and Wade in Miami and played his role to perfection. Bosh arguably sacrificed the most of any member of the Big Three, going from the face of the Toronto Raptors franchise to third option and giving up more touches than his star teammates. It also seemed he never received nearly enough credit when the Heat succeeded, but received a lot of blame when things went wrong. Some fans and critics (who clearly didn’t understand Bosh’s role and importance) would even refer to Miami’s core as a “Big Two and a Half” when the team was struggling, which was ridiculous.

But without Bosh, Miami wouldn’t have become a juggernaut. Remember, he willingly moved from power forward to center for the good of the team. And not only did he change his position, he completely altered his style of play to fit what head coach Erik Spoelstra needed from his center in the position-less system.

During his seven seasons with the Raptors, he made a total of 50 three-pointers and 97.7 percent of his attempts were two-pointers. Compare this to, say, the 2012-13 title season, when Bosh made 36 threes and shot 40.5 percent from long range in the postseason. Over the final four years of his career, Bosh made 284 threes and shot the ball extremely efficiently. He became a stretch-five in order to unlock the Heat’s full potential. His ability to become a great three-point shooter spaced the floor for James, Wade and Miami’s other slashers and forced shot-blocking centers to drift out of the paint (while, of course, also making Bosh an even tougher defensive assignment since he could now score anywhere on the floor).

Bosh doesn’t get enough credit for this transition, which is much easier said than done. Think of all the guards around the NBA who haven’t been able to add a three-point shot to their arsenal despite years of trying. Bosh went from barely shooting threes to becoming a feared stretch-five very quickly, and he did so without letting up on the defensive end. He continued to be a solid rim protector and became a versatile enough defender to guard multiple positions and switch often. This was another important aspect of Spo’s philosophy. It’s not hard to see why Coach Spoelstra would often refer to Bosh as Miami’s most important player during the Big-Three era.

Also, it’s easy to forget how good Bosh was prior to joining Miami. He was the first Raptors player to score 10,000 points, and he remains Toronto’s all-time leader in win shares, total rebounds, defensive rebounds, offensive rebounds, double-doubles, double-doubles in a single season and blocks. He was a terror as soon as he entered the league, becoming the third-youngest player in NBA history to record 1,000 rebounds and the fourth-youngest player to record a 20-point, 20-rebound game.

Basketball Reference has a Hall of Fame Probability Score that takes into account a player’s production, individual accolades and their teams’ success. Bosh’s score gives him a 99.5 percent chance of being inducted to the Hall – the sixth-highest percentage among recently active players. Only James, Wade, Dirk Nowitzki, Chris Paul and Kevin Durant have a higher Hall of Fame Probability Score. As for Bosh’s Similarity Scores, his closest comparisons include Hall of Famers like Alex English, Elvin Hayes, Dominique Wilkins and John Havlicek among others.

It’s truly unfortunate that Bosh had to deal with myriad health issues in recent years and that he’s not still dominating on the hardwood. However, don’t let that overshadow his monster career. Fortunately for Bosh, his body held up long enough for him to leave a lasting mark on the game and virtually guarantee that he ends up in the Hall.

And fortunately for basketball fans, we should continue to see a lot of Bosh in the years to come, as he seemingly has his pick of post-playing careers – from tech investor (a job title he already holds) to analyst to executive to coach to motivational speaker.

NBA players have described Bosh as an extremely unique and intelligent individual who is terrific at basketball among many other things. It’ll be exciting to see which off-court endeavors Bosh decides to pursue, but all signs point to him thriving in the years to come regardless of the path he chooses. 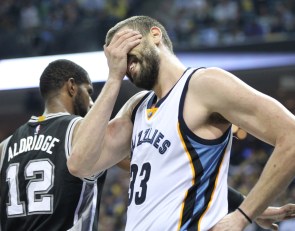 These are the next stars in line to be traded