The 23 most unforgettable moments from Michael Jordan's career

The 23 most unforgettable moments from Michael Jordan's career

On March, 18, 1995, Michael Jordan sent a two-word fax to the NBA offices that is now the stuff of legend.

Yup, it’s been 23 years since MJ made his return to Bulls/NBA after a brief stint playing baseball. So with that, let’s look back at 23 of the most memorable moments from Jordan’s career.

A day after sending his “I’m back” fax to the NBA, Jordan took to the court, starting for the Bulls against Reggie Miller and the Pacers. And while Jordan looked rusty during his 19-point performance in a Bulls lose, just having No. 23, er, No. 45, back was everything a NBA fan could have wanted in March of 1995.

The slowest players in the league, according to NBA 2K21

The best duos in the league, according to NBA 2K21 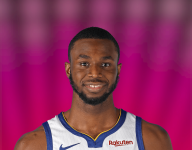 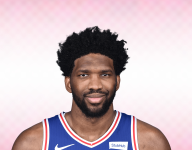