One of the league’s top rebounders and defensive-minded big men, DeAndre Jordan won’t have a shortage of suitors this summer, provided he does what most expect him to and opts out of the final year of his deal.

This season, despite losing the aid of arguably the NBA’s top distributing point guard in Chris Paul, Jordan’s numbers haven’t fallen off all that much. In 2017-18, the Los Angeles Clippers center averaged 12.0 points, 15.2 rebounds (second-highest mark in the league) and 1.5 assists (a career-high) per contest, while shooting 64.5 percent from the floor.

Even without Paul, Jordan has still been one of the best pick-and-roll finishers in the Association, scoring 1.25 points per possession (PPP) on the aforementioned play type, the fourth-highest mark in the league among players with 140 such opportunities, according to Synergy Sports.

Though money is going to be tight around the NBA this summer, a player with Jordan’s pedigree, who is still in his prime, will undoubtedly attract a bevy of suitors.

Will any organization offer him a deal with an annual average salary approaching what he’s due from the Clippers next season ($24.1 million)?

But maybe the chance at one more relatively lucrative long-term contract could entice Jordan into testing the open market anyway, especially considering he turns 30 before the start of 2018-19.

Of the rebuilding organizations with money to spend this summer, is there anyone likelier to use it on a 29-year-old player who doesn’t remotely fit their timeline than the Sacramento Kings?

They already exhibited this exact type of behavior last offseason by making the surprising signings of George Hill (who they ended up trading), Zach Randolph and Vince Carter, and it’s impossible to rule them out of going after more vets once free agency opens up on July 1st.

Obviously, a player of Jordan’s caliber would help Sacramento far more than their last three veteran signings did. Forming a pick-and-roll tandem with young floor general De’Aaron Fox could help accelerate the point guard’s ascension, and the gravity he creates on rolls may open up looks for the sharpshooting partnership of Buddy Hield and Bogdan Bogdanovic.

Adding Jordan wouldn’t be enough to push the Kings into postseason contention (unless their young core makes a serious leap this summer), but considering Sacramento’s affinity for adding veteran pieces, as well as the fact that general manager Vlade Divac may not survive another 25-win season, you can’t rule the Californian team out of a potential Jordan sweepstakes.

It’s not like young big man Willie Cauley-Stein has done much over his three campaigns as a pro to make the starting center job his own anyway.

Any plans the New York Knicks may have had for this offseason were probably put on ice due to Kristaps Porzingis’ season-ending knee injury.

Even so, if New York spots a chance to improve their roster with an elite center like Jordan, they probably won’t hesitate to do so.

For starters, Porzingis has stated multiple times over his preference is to play at the 4-spot, next to a traditional 5.

The current Clipper would form a strong tandem with Porzingis once the Unicorn is deemed healthy enough to return: Jordan, the rim-protecting, rebound-gobbling big man and Porzingis, the floor-spacing, finesse-first stretch-4.

Good luck scoring when those two are on the floor. And offensively, with competent guard play (far from a guarantee at the moment in the Big Apple), Jordan’s dives to the rim would open up a lot of looks from Porzingis from deep.

There is one problem regarding a potential union between Jordan and the Knicks in that one may only occur if New York’s current starting 5, Enes Kanter, opts out of the final year of his deal this summer. Although the Turkish bruiser is owed $18.2 million next season, there’s a chance he yests the open market anyway, as he’s presently having the best statistical season of his career.

Kanter walking would open up both cap space and a hole at center for the Knicks – one that could be aptly filled by Jordan.

Despite the fact Jordan is going to be 30 by this time next year and may not really fit into the Knicks’ timeline as it stands, New York isn’t exactly known for its patience when it comes to rebuilds.

No team has more free cap space for 2018-19 than the Los Angeles Lakers, and how they wind up using it will have major ramifications league-wide.

It’s no secret that the top target for team president Magic Johnson and general manager Rob Pelinka currently resides in northeast Ohio and plays for the Cleveland Cavaliers. But in order to entice LeBron James, Johnson and Pelinka may have to first bolster their roster a bit.

Sure, as presently construed, the Lakers have a ton of exciting, young talent which could eventually have them contending for titles again. But Los Angeles isn’t all that close to that point. Not yet, at least.

So if the Lakers front office wants to speed up the process by trying to land James this offseason, they would be wise to acquire someone the four-time MVP is familiar with first. Many believe that preliminary target to be Paul George.

But what about Jordan?

The Cavaliers were one of the teams rumored to be interested in acquiring the Clippers big man around the most recent trade deadline. Moreover, with so many contributors still on rookie-scale deals, the Lakers can stomach giving Jordan a big-money deal if it means it’ll help in their chase for James.

Would signing Jordan – which the Lakers can easily afford to do with their loads of cap space – help temp James to head west?

Impossible to know at the moment. But it surely couldn’t hurt.

Like with most impending free agents, the likeliest outcome for Jordan is a return to his old team, the Clippers.

Not only does Los Angeles own the big man’s Bird Rights, meaning they can go over the cap to bring him back, we should also note they have spent the past 10 seasons with Jordan on their roster.

Considering the almost-seven-footer is still producing at a high level and the Clippers’ own shaky history with player longevity, Los Angeles has reason to continue the marriage. Especially after re-signing Blake Griffin to a long-term deal last summer with the promise of becoming the franchise’s greatest player ever, just to trade him mere months later.

A good way to clear the stench from that debacle would be to show good faith with Jordan.

The Clippers could negotiate a Jordan re-signing at a more team-friendly price, too – one that benefits both player and club. Instead of paying him $24.1 million next year, they could agree to a three-year deal in the $45 million to $50 million range.

Jordan gets long-term security at a healthy price and Los Angeles keeps their franchise center while paying him an average-starter rate. 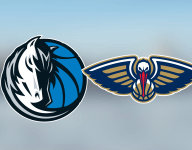 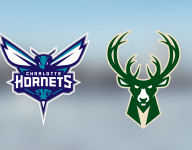 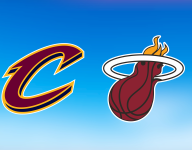 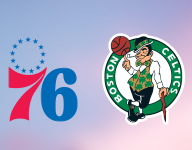 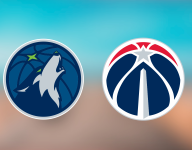 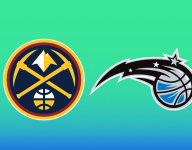 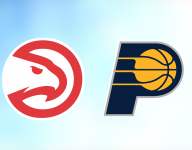 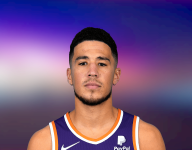