Getting a signature sneaker is something that every athlete dreams about. Many players grew up wearing their favorite player’s shoes and there’s something about the prestige and excitement that comes with having your own kicks. While some receive their shoe from whichever brand, it’s deserving and someone at the brand thinks this player is posed for prominence. But, for every good signature sneaker that’s been produced, there are signature shoes that make you cringe and you try to ask all the why’s in the world.

From the 1970s to 2018, here’s a look at NBA athletes’ signature shoes and how deep into their careers they came to be:

Back in 1997, Reebok signed a rookie from Georgetown by the name of Allen Iverson and gave him the Reebok Question. Designed by Scott Hewitt, the Question had similarities to the Air Jordan XI – the sneaker Iverson wore as a Hoya – with its toe cap and a ghilly lacing system. The Question also had Hexalite windows that resembled a beehive and become one of the most iconic sneakers A.I. wore throughout his career. Plus, it’s the one he crossed Michael Jordan in.

Melo’s first shoe drew inspiration from the AJI and AJII and complimented the Nuggets’ baby blue colors during his time in the Mile High City. When his signature sneaker line from Jordan Brand was discontinued in October, Carmelo reverted back to wearing new colorways of the 1.5.

At a time when different brands were on players’ feet in the ’90s, Grant Hill and FILA debuted the Grant Hill I in 1995. Just ask any sneakerhead who has an affinity for throwback kicks, the recently named HOFer’s kicks are still respected to this day.

One of the best sneaker campaigns of the 1990s was FILA’s “FILADELPHIA” initiative to introduce the Stackhouse I in ’95. Stack rocked the sneaker during his rookie year with the Philadelphia 76ers and the shoe was brought back in 2007 as the “Spaghetti.”

The Jordan I is one of the most iconic sneakers that was ahead of its time when a rookie named of Michael Jordan wore them in 1985. During an era where sneakers were plain and white, the folks at Nike had something else in mind for the brand’s newest signee. The NBA put a $5,000 fine on them for violating the uniform dress code, but that didn’t stop Mike from wearing them. Remember the ’85 Dunk Contest? Mike had the gold chains, soaring through the air with the “One that started it all.”

After he was drafted No. 1 in 1984, Hakeem Olajuwon signed with Etonic, a brand known for making golf and running sneakers. The Dream’s sneaker featured a full-grain leather upper with glove leather lining.

At 18 years old, LeBron James’s $90 million sneaker contract was one of the most lucrative deals a brand gave an athlete who had yet to step on an NBA floor. The gamble was tough, but it was well worth it in the end. The kid from Akron fared out to be that once-in-a-generation talent while creating highlights in the Air Zoom Generation.

What did Jimmer Fredette, Mario Chalmers, and Chris Singleton all have in common at one point in their lives? Give up? They were all sponsored by Spalding. During his rookie year in Sacramento, Jimmer rocked these Spalding kicks before switching out to the Nike Zoom Hyperfuse in 2011.

When Lonzo Ball first debuted his $495 ZO2 Prime sneaker from family-owned Big Baller Brand, the Internet quickly chimed in about not only the price, but the various inspirations behind the sneaker’s design. The eldest Ball would wear the sneakers for a bit before scrapping out that design and getting a sneaker made by David Raysse, founder of Brandblack and his personal design agency, Santa Ana Designs, to cook up something for the big baller.

The Big Aristotle signed with Reebok and the Shaq Attaq was released in 1992. Shaq’s kicks featured a suede and leather upper, speed lacing, his famous two-handed dunk logo on the back and the famous Pump on the tongue that complimented the Magic’s uniform perfectly.

Stephon Marbury, AND1 Marbury I

The perfect match for streetball-based brand AND1 in 1996 was inking a deal with Stephon Marbury, the brand’s first signature athlete. Shortly after the signing, AND1 launched a commercial where Starbury’s dribbling through people inside of a subway train. He rocked the Marbury I during his time in Minnesota and it’s regarded as one of AND1s best sneakers. 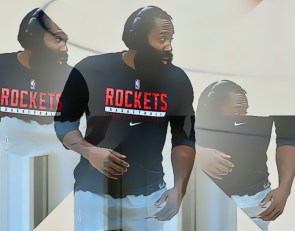