Report: Jontay Porter could return to Missouri rather than NBA Draft

Report: Jontay Porter could return to Missouri rather than NBA Draft

Missouri big man Jontay Porter has a tough decision to make by the end of the month. Should he stay in the 2018 NBA draft or return to college?

Heard from a good source 2 days ago (while I was locked out of my account) Jontay Porter is leaning towards returning to #Mizzou.

Kevin O’Connor reported that Porter, who was at the NBA draft combine, but did not participate in five-on-five scrimmages, is favoring the NCAA rather than the NBA for next season (via The Ringer):

“Multiple league sources say Missouri big man Jontay Porter, the younger brother of Michael Porter, is leaning toward returning to school for his sophomore season. Porter is a skilled shooter and passer who needs to get in better shape to prove he can defend. He’s currently projected as a late-first- to mid-second-round pick. The 2019 draft class is weaker, so Jontay could rise into the lottery with a strong sophomore season.”

Jeremy Woo from Sports Illustrated echoed the sentiment, noting that while Porter was considered a lock to forego his NCAA eligibility, the situation is “now less clear” and he could return to Missouri.

The 18-year-old has already worked out for the Minnesota Timberwolves and San Antonio Spurs. He is scheduled to work out for the Atlanta Hawks on May 29 as well, which is one day before he needs to make his decision.

On Jontay Porter: He has a workout lined up with the Atlanta Hawks on May 29, so I don’t expect the process to be wrapped up until then. That said, I do really trust the @KevinOConnorNBA report.

Porter looked amazing when he participated in the shuttle run and several shooting drills at the combine. However, there is still hope he can improve on several aspects of his game and get selected higher next year.

He had the worst max vertical leap of all players who tested at the combine in Chicago. His three-quarter sprint was also the slowest time recorded and his body fat percentage was the highest among the prospects in attendance. 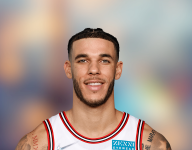