LeBron James has been in the spotlight since he was in high school. Throughout his life, James, 33, has lived up to the hype. Long before he stepped foot on an NBA court, James signed a lucrative endorsement deal with Nike as the brand was looking for the second coming of Michael Jordan to carry on a sneaker legacy. Fifteen years later, James, who was named Nike’s top shoe seller in 2017 by Forbes, has one of the longest signature lines for current NBA players. Here’s a look at every LeBron sneaker.

In search of the next prominent athlete, Nike put all its chips for this 18-year-old basketball phenom from Akron, OH. LeBron James inked a seven-year, $90 million endorsement deal with the Swoosh back in 2003. His first signature sneaker, the Air Zoom Generation, released that year for $110. Designed by Eric Avar, Tinker Hatfield and Aaron Cooper, the AZG drew inspiration from James’s famous grey Hummer H2 and featured Max and Zoom Air. 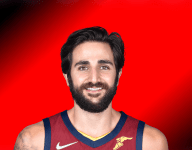 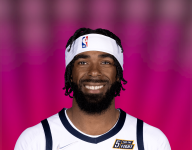