Charlotte is finalizing a deal to send Dwight Howard to the Brooklyn Nets for Timofey Mozgov, league sources tell ESPN. Nets will save $17M on deal in 2019-20 season, allowing them to create two max salary slots.

ESPN’s Adrian Wojnarowski was first on the story and Yahoo’s Shams Charania reported that the Nets were also adding two second-round picks and cash considerations in the trade. Howard averaged 16.6 points with 12.2 rebounds per game last season, including a massive game with 32 points and 30 rebounds against his new employer.

The deal is particularly fascinating because Brooklyn was able to dump Mozgov’s contract, which they took exactly one year ago to the day when they acquired D’Angelo Russell from the Los Angeles Lakers. Howard was also traded to the Hornets one year ago today.

Mozgov, who had recently criticized the coaching staff for the Nets, signed a massive deal with Los Angeles when Mitch Kupchak was the team’s general manager in 2016. Mozgov signed a four-year deal worth $64 million.

Kupchak was recently hired for the same position with the Charlotte Hornets. He had acquired Howard in a trade when he was with the Lakers as well but their relationship soured as the big man’s tenure with the team did not live up to initial expectations. It’s no surprise to see that he did not want Howard on his team this time around.

Howard will play alongside his former teammate Jeremy Lin, who was also his point guard with the Houston Rockets for one season. The big man was the recipient of 11.8 percent of total passes from Lin, second only that year to James Harden. 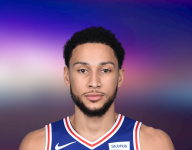 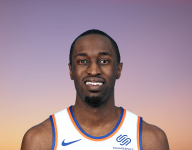