The Hall of Famer is best known for his time with the Celtics but he did play in 34 games for the Knicks in 1976-77, his only year with the team. He was a six-time All-Star, led the league in scoring once, and won an NBA title with Boston in 1981. 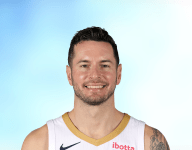