Among the 145 NBA players to use over 12 possessions per game last season, Kevin Love ranked 10th in scoring efficiency.

The Cavaliers and Love just agreed to a four-year, $120 million extension. While some may doubt his ability to be the No. 1 player on a team, it’s worth mentioning that he was one of the most efficient players in the league during the NBA’s 2017-18 season. Love averaged 1.11 points per possession for the Cavaliers, per Synergy Sports.

That ranked ahead of both James and Irving as well as league MVP James Harden and other top stars in the NBA.

Among those with three or more spot-up possessions per game, only three players were more efficient than Love (1.27 PPP) last season (the others were Nikola Mirotic, Anthony Tolliver and Donovan Mitchell). This is how he was used on nearly a quarter of his offensive opportunities for Cleveland.

Kevin Love is way too good to be relegated to spot-up shooting only.

While he was extraordinary on this play type, it was largely due to the fact that he was playing alongside James. Now that the four-time MVP is now on the Los Angeles Lakers, expect Love to change the way he scores.

Kevin Pelton recently explained what to expect from Love next year (via ESPN):

“Tyronn Lue can now build the Cavaliers’ offense around Love’s skills, putting in sets that provide him the opportunity to make plays from the elbow as he did under Rick Adelman with the Timberwolves. According to NBA Advanced Stats tracking, Love averaged 8.0 touches at the elbow per game his final season in Minnesota, which ranked sixth in the league. While in Cleveland, he’s never averaged more than 2.1 elbow touches per game.”

We can expect him to post-up more often for Cleveland next season than he did when James was his teammate. Among those with three or more post-up possessions per game last season, only two players (Karl Anthony-Towns and LaMarcus Aldridge) were more efficient than Love.

The big man averaged 0.98 PPP on 3.1 possessions per game last year. However, in the previous two seasons, he’d averaged at least four post-up opportunities each time he stepped on the court.

Since Kevin Love returned, the Cavs have scored 64 points on 53 Post Up Possessions (1.21 pp, 13.3/game)
Significantly higher and more volume than their season rate of 1 ppp on 10 per game.
Also higher than Minnesota's league leading 1.02 ppp on 12 per game

Love won’t be afraid to run their transition offense, either, considering he was above average with 1.19 PPP on this play type last season. He was one of just three big men to average at least two possessions per game in transition.

His efficiency ranked No. 14 overall among all forwards with a similar number of opportunities. He has been serviceable as the roll man on pick-and-rolls for the Cavaliers while also having success on cuts to the basket and put-back attempts.

The only play type where he was ineffective was shooting off screens, but he only used this to score on 5.4 percent of his total offensive possessions. Love was phenomenal on three-pointers above the break, ranking No. 7 overall in the NBA among players with at least 200 attempts.

Even if he is unable to lead Cleveland to the postseason, it will be good for him to have more opportunities to showcase his offensive prowess for the Cavaliers.

Even if Cleveland struggles as a team, it’ll still be good for the franchise if Love thrives. Just because they signed him to a contract extension does not mean he will stay with the team. Much like the Los Angeles Clippers did with Blake Griffin, there is a chance the rebuilding squad could trade him for future assets despite just locking him up on a long-term deal.

Expect him to take on a much bigger role and get significantly more elbow touches than he had in recent years. It might not lead to an All-Star appearance for the nearly 30-year-old forward, but he can certainly increase his productivity in Cleveland.

I think people forget Kevin Love had one of his best seasons of his career this year. Very efficient and shot so well from 3. His counting stats weren’t as good as Minnesota bc he plays with LeBron 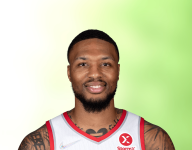 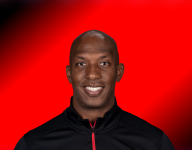