Who was better: Manu Ginobili or Tracy McGrady?

Who was better: Manu Ginobili or Tracy McGrady?

The 2000s era of basketball was mainly defined by superstar wing play and two separate dynasties, one of which sprouted up in Texas.

A one-time member of the Toronto Raptors, Orlando Magic and Houston Rockets, Tracy McGrady was one of the main swingmen who defined the former platitude. While the latter, obviously, is referring to the San Antonio Spurs, who won three titles between 1999-2000 and 2008-09. Recently, San Antonio entered the news when it was announced that one of the franchise’s greatest players, Manu Ginobili, had finally decided to hang ’em up after 16 years in the NBA.

So that got us to thinking: If forced to choose between the two aforementioned legends, who would we pick as the better player? We posited the question on Twitter, and the results were as down-the-middle as they could be:

It’s not hard to surmise why this topic is so divisive, either. After all, aside from both being ball-handlers, Ginobili and McGrady weren’t that similar.

One was an explosive, high-usage, super-sized wing who could do a bit of everything on the hardwood, but was never able to win anything substantial in his career. While the other was a bit more selfless, playing a major role for his team, but doing so off the bench while never averaging more than 13.3 nightly shot attempts in a season.

Nevertheless, despite their clear differences, using a few categories – such as scoring, rebounding and defense, among others – we’re going to break each of these players down in an attempt to answer the all-important question: Who was better?

This one is closer than first glance would indicate. Per-36 minutes, Ginobili averaged over 19.0 points eight times throughout his career, the same amount as McGrady. To go with his underrated hops, the crafty southpaw had an innate ability to get defenders off their feet using a variety of fakes, opening up easy looks for himself at the rim:

The only thing that matters today is watching Manu Ginobili ball fakes. pic.twitter.com/k9ad3l8Anw

What’s more, Ginobili was a far more accurate outside shooter than his 6-foot-8 counterpart. For his career, Ginobili converted 36.9 percent of his three-point looks, peaking in 2011-12 at 41.3 percent. Meanwhile, McGrady was just a career 33.8 percent three-point marksman, whose shooting zenith came in 2002-03 when he made 38.6 percent of his outside looks.

McGrady was a three-level scorer – one who could beat you from deep, on pull-ups and when attacking the basket. Thanks to his size and freakish athleticism, at his peak, he was one of the most vicious finishers the league had to offer:

He also wasn’t afraid to use his body on smaller defenders and post up, often opting to finish with a turnaround jumper that was nearly impossible to contest.

Ginobili was a fantastic scorer in his own right – heck, he popularized the Euro step, making it a go-to move for today’s professional bucket-getters – and deserves more credit for his point-scoring prowess. Nevertheless, it’s impossible to go against a former two-time scoring champ.

The discourse regarding these two all-time greats and their abilities as passers can be broken down like this: McGrady passed because he was talented enough, and had the vision necessary, to feed teammates with easy looks when defenses bent themselves out of shape trying to stop him from scoring. He’d occasionally dish a no-look dime or scoop up a lob for an alley-oop finish, but for the most part, his passing, while good, was more ordinary than anything else.

Ginobili’s passing, on the other hand, was not of this world. He could see things and openings other players couldn’t. His dimes – the behind-the-back looks, the ones where he’d turn his head one way and pass another, the fastballs he’d whiz past opponents’ heads – warped space and time.

Just see for yourself:

If anything, though, the numbers make their disparity as visionaries appear closer than it actually was; we have a clear victor in this category.

McGrady was 6-foot-8, had a 7-foot-2 wingspan and in his prime, was one of the bounciest athletes in the league. His instincts as a player weren’t half-bad, either. As such, it shouldn’t come as a surprise the Hall-of-Famer was a pretty good rebounder back in his heyday. Over a seven-season stretch, McGrady averaged 6.7 boards per contest, and 9.3 per 100 possessions.

Ginobili, meanwhile, moreso just did what he could do on the glass. He was persistent, could read where the ball was gonna bounce off the rim well and didn’t mind sticking his nose among the trees to fight for the rock. But it wasn’t enough to make him much of a difference-maker as a rebounder. The Argentine 2-guard never averaged more than 4.8 boards nightly in a season, and even in his best seven-year stretch, he merely secured 7.0 rebounds per 100 possessions.

Plus, it’s kinda hard to forget that Ginobili’s biggest moment as a rebounder came when he failed to secure one that would have given the Spurs the 2013 NBA title:

The mix of anecdotal and statistical evidence here seems like enough to sway this category clearly in a certain direction.

Truth be told, neither player was thought of as much of a one-on-one point-stopper at any point in their careers. And that’s unfortunate, considering the freakish tools – height, length, agility and athleticism – McGrady possessed. For whatever reason, he was just never able to tap into those gifts and make them translate to the less glamorous side of the things.

Ginobili was obviously much less physically gifted than McGrady, but even so, he still managed to be a more disruptive defender throughout his playing days. Besides flat-out caring more about defense than McGrady ever did, Ginobili simply had better instincts on that end of the floor.

Many enjoyed knocking the Argentinian guard for what they considered to be flopping, but drawing charges was, and still is, an important skill. The fact Ginobili was so willing to put his body on the line to take possessions away from opponents was highly commendable, and absolutely aided in boosting San Antonio’s defensive marks.

Ginobili was also downright tenacious when it came to jumping passing lanes and ripping balls away from unsuspecting opponents – and the numbers reflect that. For his career, the Spurs legend averaged 1.9 steals per 36 minutes. That’s in comparison to McGrady’s 1.3-steal-per-36-minute career mark.

Furthermore, the catch-all metrics seem to back up Ginobili’s edge in this category as well. According to NBA Math’s career standings data, Ginobili had 795.35 Defensive Points Saved (DPS) during his time in the NBA, to McGrady’s 471.80.

It seems like we have a clear winner here.

Here’s the list of what Ginobili won in his career:

Meanwhile, McGrady never made it out of the first round of the playoffs in his prime. He did reach the Finals once, but that came as a member of the Spurs’ bench in 2012-13, when he was deployed for just 31 minutes all season – most of which came in garbage time during that year’s playoff run.

So… yeah. Not a close matchup at all here.

In this section, we like not to get too verbose, so we’re just going to list the accolades each legend garnered throughout their playing days. (Note: We’re focusing on NBA accomplishments here, so Ginobili’s overseas accolades are out the window.)

Ginobili undoubtedly would have received more accolades in his career if he hadn’t come off the bench for most of it. On a different team and with more minutes on the floor (he only crossed the 30-minute-nightly threshold twice while in the NBA), there’s no doubt he could have been putting up at least 20 a night – numbers that would have gotten him far more All-Star and All-NBA consideration.

Regardless, we can’t take credit away from McGrady just because Ginobili theoretically would have garnered more awards in a different situation.

We have our winner here.

As always, it’s extremely difficult to choose between two legends – in this case, two of the greatest swingmen the NBA has ever seen.

It should be noted that at his peak, McGrady was the far superior player, who was a borderline MVP candidate and the clear No. 1 option on multiple playoff teams. If switched with McGrady and given the top role on those same teams, would Ginobili, even in his prime, been able to do the same in dragging so-so units to the postseason?

On the other hand, McGrady was never able to lead his own squad out of the first round of the playoffs. Plus, while Ginobili was never the Spurs’ No. 1 option (though some metrics would argue that he was), he holds the clear edge in terms of longevity and team accomplishments – accomplishments of which he was a major factor in achieving.

Additionally, we can’t just totally ignore what Ginobili was able to accomplish while rocking the No. 5 jersey for Argentina. He had some help – those Argentine squads were stacked with NBA players and overseas stars – but there’s no questioning who the leader, both in a tangible and intangible sense, of those teams was.

At the same time, however, McGrady, at one point in history, was an absolute superstar who transcended thanks to his explosive abilities on the wing. He also received MVP votes at the culmination of multiple seasons, finishing as high as fourth on two separate occasions.

If we were going by career longevity and success, it’s clear Ginobili would be this exercise’s winner.

But overall, who was the better player? 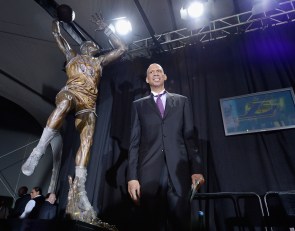 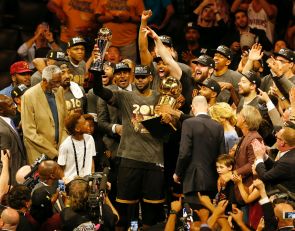