Los Angeles Clippers guard Patrick Beverley is reportedly the top target for the Phoenix Suns, especially after the injury to Devin Booker.

From our own @ShamsCharania, latest on Phoenix Suns‘ point guard pursuit, with Patrick Beverley as a top target. pic.twitter.com/RI2JZ2Cnli

According to Shams Charania, the Suns like that Beverley is a “culture setter” and could complement Devin Booker. Charania noted that Beverley played well alongside James Harden with the Houston Rockets.

Charania notes that the Suns only wish to surrender a second-round pick in such a trade, however, which might not be enough to convince the Clippers to pull the trigger. Los Angeles has leverage here considering front offices know that Phoenix does not have a starting-caliber point guard and training camp is right around the corner.

Beverley might be the cheapest option of the players mentioned above, especially considering the Clippers have depth at point guard with Milos Teodosic and recent first-round pick Shai Gilgeous-Alexander potentially both capable of starting.

Phoenix would most likely have to offer the upcoming first rounder they received from the Milwaukee Bucks in exchange for Eric Bledsoe to make this deal happen. The pick would convey if it falls between four and sixteen in the lottery, which is unlikely. It’s presumably a pick for 2020 when it’s just Top-7 protected.

As it stands right now, the Suns have two second-round picks in Elie Okobo and De’Anthony Melton at the top of their depth chart at point guard. Other options include Isaiah Canaan and Shaquille Harrison, though neither will project as the point guard of the future with the organization.

Beverley could also act as the perfect basketball mentor for Melton, who is also a defensive-minded guard. Many compared the two when the prospect was getting scouted this offseason.

If the Clippers are trying to collect assets, Beverley is a non-essential piece of their organization and could make more sense in Phoenix for the right price. 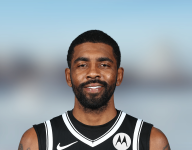