Even the most casual of NBA aficionados know what a max contract is and how it affects the sport.

It’s the maximum possible salary teams are allowed to offer players who they are trying to lock down for the long term. And it’s in place so that franchises located in smaller markets are able to do two things: have a puncher’s chance in re-signing the stars they draft and develop, while giving them the ability to make competitive offers to star free agents looking for their next home.

Of course, things don’t always work out that way. Even with the salary cap in place, and minimum/maximum salary rules that must be adhered to by every team, certain owners, usually the ones in bigger markets, still tend to have a higher net worth, which they then use to pay the luxury tax and field more expensive teams.

Regardless, the existence of the max contract more or less serves its purpose. If it didn’t, the NBA would more closely resemble European soccer where it’s always the same high-spending teams from huge cities that win basically every major trophy.

What casual NBA fans may not be totally aware of is the various rules and intricacies behind max contracts.

That’s where we’re here to help.

Unlike minimum contracts, which are preset by the Collective Bargaining Agreement (CBA) and aren’t susceptible to changes with increases in the salary cap, max deals are calculated as an exact percentage of the salary cap. The percentages break down as follows:

Here’s how the numbers break down in monetary terms, using the predicted salary cap increases that are presently being forecasted, and separated by years of experience:

Of course, that’s just the starting-year salary of the max contracts. The following chart presents what those deals would look like if signed over the next five seasons for the full five-year max with eight percent annual increases, both of which are the absolute maximum teams can offer:

There is a way for players who don’t have the requisite years in the league to earn a percentage above their level-of-experience class on their max contracts. That would be if the player is either coming off a season in which they earned any of the following honors – MVP, All-NBA Team (any of the three) or Defensive Player of the Year – or if they got any of those honors in both of the two years prior to the latest one (for example: making an All-NBA team in 2015-16 and 2016-17 but not 2017-18), which is in place in order to protect elite players who may happen to get injured just before being eligible for this type of max.

In turn, those with between 7-9 years of experience can get the 35-percent-of-the-cap max by winning any of those same awards. However, this is only the case if the players with between 7-9 years of experience are designated veterans, i.e., those that are signing with the team they played for while they were still on their rookie-scale deal. If they aren’t, they’re only eligible for the 30 percent max. That was the case in the summer of 2017 with Kevin Durant, who had left the Oklahoma City Thunder, the team he re-signed with following his rookie-scale deal, the year prior in favor of the Golden State Warriors. By doing that, he gave up the right to be a designated veteran and could only sign for the 30 percent max.

We can use Karl-Anthony Towns as a more current example.

As we mentioned earlier, the CBA also has rules in place to incentivize players to stay with the team they were on prior to reaching free agency.

For starters, we have the length of deals. A player coming off their second contract can re-sign with his current team for up to five years. Other suitors can only offer such a player a deal lasting, at most, four years in length.

Furthermore, we have different annual percentage increases on these contracts to consider. For a player re-signing with his previous team on a max, that player gets eight percent annual increases for each year of the deal. But if a player signs a max elsewhere, besides only being able to sign a four-year contract, the annual increases are merely five percent.

Those variables may not seem like much, but they definitely add up. Just look:

And so, ultimately, although the existence of max contracts can be a bit of a divisive point among basketball followers, there’s no doubt it does help level the playing field a bit. If it didn’t, the franchises located in New York City and Los Angeles would win every single title. 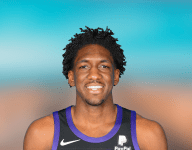 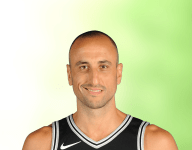 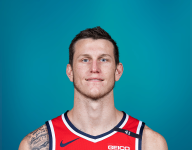