San Antonio Spurs coach Gregg Popovich is expected to retire after the 2020 Olympics. This raises a question: who replaces him as the head coach of Team USA?

One of the most likely candidates is Golden State Warriors head coach Steve Kerr. He has connections to Popovich from his playing days, when he was on the San Antonio Spurs. Kerr would also be a fantastic fit because several players from Golden State would also be on the Olympics squad as well.

Boston Celtics head coach Brad Stevens, who is another potential candidate to replace Popovich, is not currently on the coaching staff for Team USA. Typically, someone would start off as an assistant before making their way up the ranks. This makes Kerr feel significantly more likely than Stevens.

But, ccording to Adrian Wojnarowski,  there is another name that could join the fold (via ESPN):

“I know another coach that they did consider [as an assistant] and I think [he] would have some interest in being a part of it … is Erik Spoelstra from Miami, who has won two championships. Shouldn’t he be involved, potentially, in USA Basketball.”

Others mentioned in the podcast include Indiana Pacers head coach Nate McMillan and Villanova head coach Jay Wright. Both of these potential candidates are currently on the Team USA staff, which gives them a bit of competitive advantage in consideration.

However, according to Wojnarowski, they’ll likely keep the gig within the NBA coaching circle — likely eliminating Wright from the opening. During the podcast, ESPN’s Brian Windhorst said he was unsure if McMillan was a serious candidate for the position.

Windhorst mentioned that Spoelstra is incredibly well-respected around the league and the second-longest tenured head coach in the NBA by his team. He described the Miami coach as a “very strong” option for this position, but it would be tough to imagine how this plays out considering he’s not (yet) on the staff. 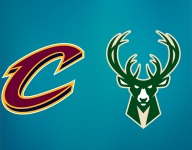 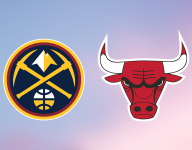