Kevin O’Connor reported that while the Sixers are monitoring potentially landing Kyle Korver, that’s not the only player they’re interested in (via The Ringer):

“Philadelphia still has work to do … I’ve since heard that Kentavious Caldwell-Pope, on the Lakers, is a guy that they could have eyes for … KCP is an inconsistent shooter. I’m not sure how much he would solve their issues … You need somebody who can at least play better defense, like that’s where Caldwell-Pope is interesting. He can be a good defender. He can heat up as a shooter. It’s just a matter of finding the salary to match for him.”

Korver would reportedly be a tougher player to land than Caldwell-Pope. The Cleveland Cavaliers have a high asking price for the veteran sharpshooter. But Caldwell-Pope might be made available for an expiring contract and perhaps a future draft pick.

O’Connor mentioned that perhaps Wilson Chandler (signed to an expiring deal) could be a good fit in a trade for the Los Angeles wing. Meanwhile, his colleague Chris Vernon argued that Philadelphia would likely have better options on the buyout market later this season.

Caldwell-Pope would be an interesting fit for the Sixers, who will need more shooting depth after trading Robert Covington and Dario Saric. He finished in the 79th percentile at hitting corner three-pointers last season, via Cleaning the Glass.

Last year, the wing averaged 1.11 points per possession when spotting up for Los Angeles. This ranked in the 78th percentile, according to Synergy Sports. Since he has come into the league, Caldwell-Pope has been effective when he has been used in this play type.

Philadelphia currently ranks second-to-last in points per possession on spot-up plays. They’ve finished 311 possessions using a spot-up shooter so far this season, but Saric (59) and Covington (39) have accounted for 31.1 percent of those looks.

Caldwell-Pope would definitely help space the floor with both of these players no longer on the roster. He might not light it up from downtown but his willingness to spot up and ability to defend well could be valuable for the team moving forward. 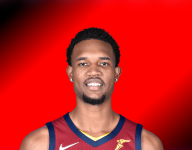