If you’re a college basketball fan, you’ve likely seen quite a few people talking about the first NET rankings of the 2018-19 season.

NET stands for NCAA Evaluation Tool and this algorithm is now “the primary tool that the NCAA Division I men’s basketball selection committee will use to evaluate Division I teams,” according to NCAA.com.

While there was some early excitement over the inaugural NET rankings, this quickly turned to confusion and anger on Tuesday once the list was revealed.

Ohio State sits at No. 1 in the NET rankings, whereas the Buckeyes are ranked No. 16 in both the AP Poll and USA TODAY Coaches Poll. Even Buckeyes head coach Chris Holtmann was surprised to learn about his team’s NET ranking.

I just informed Ohio State coach Chris Holtmann that the Buckeyes were No. 1 in the NET.

“It’s way too early to make any real value judgments on any teams outside the obvious elite ones,” Holtmann said. "We recognize the value of playing on the road.”

Kansas, the No. 2 team in both the AP Poll and USA TODAY Coaches Poll, is not even in the NET’s Top 10 (falling to No. 11 behind… Loyola Marymount, which is unranked in the other two polls).

Kentucky, which is No. 9 in the USA TODAY Coaches Poll and No. 10 in the AP Poll, is ranked No. 61 by the NET (behind teams such as No. 55 Abilene Christian, No. 59 FAU and No. 60 Liberty, as Jeff Goodman pointed out). The Wildcats are 5-1, with their lone loss coming against Duke.

The following teams are unranked in the AP Poll and USA TODAY Poll, yet Top-25 according to NET: Loyola Marymount (No. 10 in NET), Belmont (No. 12 in NET), Houston (No 18 in NET), Notre Dame (No. 19 in NET), Radford (No. 22 in NET), Pittsburgh (No. 23 in NET) and San Francisco (No. 25 in NET). None of these teams even received double-digit votes in the two other polls, meaning college basketball’s coaches and analysts don’t have them anywhere near their Top 25.

It’s possible that the first-ever NET rankings are seemingly off due to a small sample size. After all, most teams have played just five or six games so far this season.

However, some experts such as Nate Silver of FiveThirtyEight.com criticized the algorithm itself and called on the NCAA to “go completely back to the drawing board.”

These are the worst rankings I've ever seen in any sport, ever. NCAA needs to go completely back to the drawing board. https://t.co/UXKbrGyuP8

NET was created to replace the much-maligned RPI, which had been used to rank teams and help determine the NCAA-Tournament field for 37 years.

This new analytic factors in “game results, strength of schedule, game location, scoring margin, net offensive and defensive efficiency, and the quality of wins and losses,” according to NCAA.com.

The NCAA released the following graphic in order to explain what factors NET considers in order to evaluate teams:

It’s important to note that NET caps the margin of victory at 10 points in order to prevent teams from “needlessly running up the score in a game where the outcome was certain.” This has been one of the biggest complaints about the analytic so far. It’s also worth noting that game dates and order aren’t factored in so early-season wins count the same late-season wins.

The main reason the NCAA introduced NET was to remove any objectivity from the team-evaluation process.

“What has been developed is a contemporary method of looking at teams analytically, using results-based and predictive metrics that will assist the Men’s Basketball Committee as it reviews games throughout the season,” said Dan Gavitt, the NCAA’s Senior Vice President of Basketball. “While no perfect rankings exist, using the results of past tournaments [to test NET] will help ensure that the rankings are built on an objective source of truth.”

For fans who are stressing over the NET rankings, keep in mind that the NCAA’s team sheets (which break down each school’s schedule and results, and are used to determine the NCAA Tournament field) still feature other metrics including Kevin Pauga’s Index (which has Kansas at No. 1) and ESPN’s Basketball Power Index (which has North Carolina at No. 1, Virginia at No. 2, Kansas at No. 3, Gonzaga at No. 4 and Duke at No. 5). The team sheets also include predictive metrics from Ken Pomeroy of kenpom.com (whose Top 5 is Duke, Kansas, Virginia, North Carolina, Gonzaga) and Jeff Sagarin of USA TODAY (whose Top 5 is Duke, Michigan State, Gonzaga, Michigan and North Carolina).

“As has always been the case, the committee won’t solely focus on metrics to select at-large teams and seed the field,” Gavitt said. “There will always be a subjective element to the tournament selection process, too.” 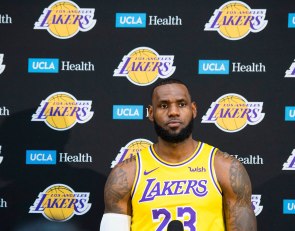 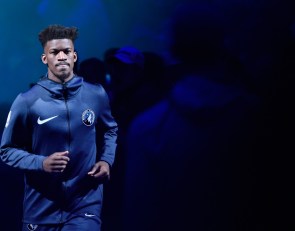 When is the NBA trade deadline? 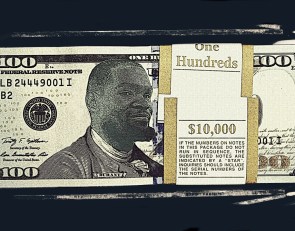