The Portland Trail Blazers missed the playoffs in their first six years as a franchise. The first time they made it, though, they were able to secure the lone championship in their team’s history. Since then, Portland hasn’t been able to reach the mountaintop again, but they’ve been a playoff team in 35 of their last 42 years, a ridiculous feat in its own right.

It may be surprising to see them so high up on this list considering what their last few years have looked like, but the Phoenix Suns, before this poor run, were one of the league’s most stable teams for a long while. The Suns had a 33-year run, ranging from 1977-78 to 2009-10, where they made the playoffs an astounding 27 times.

A two-time championship franchise, the Houston Rockets have almost always put out good teams throughout their history. Houston has made the playoffs in 61.5 percent of their seasons.

Among the NBA’s younger franchises (they only joined the league in 1988-89), the Miami Heat have easily been the most successful. They have three championships in their history, and have only missed playoffs five times in the last 24 years.

The Chicago Bulls have boasted a winning record in exactly half of their seasons as a franchise, made the playoffs just over 66 percent of the time and won six championships (tied for the third-most of any team) thanks mostly to that Michael Jordan guy.

Lu Dort is the highest-effort defensive player in the NBA

Despite win, Wolves are historically unlucky in draft lottery 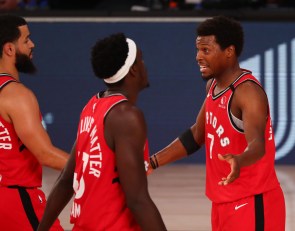