The seven best value contracts in the NBA

The seven best value contracts in the NBA

It doesn’t take a genius front office to know when a player is deserving of a max contract. In fact, that may be the easiest thing a front office has to figure out.

Where the best general managers and their advisors earn their money is deciphering which players to target on cheap deals. The best value contracts in the NBA can help uplift bench units, tighten up defenses or even change teams’ overall fortunes.

Below are seven of the best value contracts league-wide thus far in 2018-19.

The recently extended Spencer Dinwiddie is making an obscenely low amount of money for how much he’s producing. The Colorado product is posting absurd numbers considering he’s only started three games all year, averaging 16.9 points, 4.9 assists and 2.0 threes per contest on healthy 47.4/36.8/77.3 shooting splits.

Among players with three or fewer starts on the year, Dinwiddie’s Offensive Box Plus/Minus (3.6) is the second-best mark in the league, and he ranks in the “excellent range” as both a spot-up shooter and as a scorer out of the pick-and-roll, according to Synergy Sports Tech.

Dinwiddie’s deal had the 6-foot-6 guard making merely $1.7 million this season. His extension, which doesn’t kick in until 2019-20, will be worth three years and $34.4 million, for an annual average value of $11.5 million, a much fairer price relative to the market. However, if Dinwiddie maintains this level of play, even that amount may end up looking awfully team-friendly over the coming seasons.

After a season featuring more valleys than peaks in 2017-18, Derrick Rose is playing some of the best basketball of his career thus far this campaign.

Through 26 games, the 2011 league MVP is averaging 18.5 points and 4.5 assists per contest, shooting a career-best 49.2 percent from the floor and a career-high 47.7 percent from three – the third-highest rate among players with at least 80 three-point attempts this season.

What’s more, according to Synergy, Rose is producing 1.07 points per possession (PPP) out of the pick-and-roll (passes included), the sixth-best mark league-wide (minimum: 200 possessions), trailing only the likes of Kemba Walker and Kyrie Irving among others.

Simply put, Rose has been spectacular this year, a fact best exemplified by his excellent +8.8 swing rating – the best mark of his career.

For a player presently on the minimum (one year, $2.2 million), Rose is pumping out an insane amount of nightly production, leading one to believe his next contract will be a good bit richer than that.

Much was made of JaVale McGee being one of the Los Angeles Lakers’ first signings following LeBron James’ decision to head out west, and most of the reactions weren’t exactly positive.

Nevertheless, the veteran big man has responded to the relative criticism by posting one of the best seasons of his 11-year career. Not only are his averages – 11.6 points, 6.7 rebounds and 2.6 blocks – impressive, McGee is also posting career marks in various advanced metrics, including Box Plus/Minus (BPM), which says 2018-19 has been McGee’s best year.

It’s not just McGee’s offense, which is certainly aided by playing with a certain four-time league MVP, that has turned heads, his defense has also been quite effective for Los Angeles. According to NBA.com, opponents are shooting just 55.8 percent from within five feet of the basket when facing McGee, the fourth-best mark league-wide (min: 500 field-goal attempts faced).

Considering McGee is on a one-year minimum (worth $2.4 million), he’s unquestionably been one of the value pickups of the offseason.

Noah Vonleh having the best year of his professional career might be a little less surprising than some of the other players on this list since, in his case, it’s been due to natural development. After all, Vonleh is still just 23 years old, despite having been drafted all the way back in 2014.

As a first-year member of the New York Knicks, Vonleh is averaging 8.2 points and 8.0 rebounds per contest with a healthy 60.9 true-shooting percentage. Only 14 other players this season are posting similar numbers, among them the likes of established big men such as Rudy Gobert, Clint Capela and DeAndre Jordan.

Additionally, per Synergy, Vonleh ranks in the “excellent” range in two distinct play-types – as a spot-up shooter and when posting up – a striking fact that proves the big man has a unique game.

On a one-year, $1.6 million deal (which was even non-guaranteed prior to Sep. 18), Vonleh has proven to be quite the worthwhile gamble by the Knicks.

Former Michigan point guard Trey Burke has basically been a walking bucket since getting to New York last season. Since joining the Knicks, Burke has averaged 12.5 points, 4.1 assists and 1.1 three-pointers per game in under 22 minutes nightly.

Among players with under 1,300 minutes played between 2017-18 and 2018-19, Burke’s Offensive Win Shares (2.6) rank third in the NBA. And as far as scoring out of the pick-and-roll, Burke’s 1.03 PPP places ninth league-wide, according to Synergy, a mark that places him ahead of players like Kyrie Irving and Donovan Mitchell.

On the second season of a two-year, $2.6 million contract, Burke has produced bountifully as a member of the Knicks. His upcoming free agency should be an interesting one, as he should garner plenty of interest from teams who lack scoring off the bench.

HoopsHype recently got a chance to interview Oklahoma City Thunder big man Nerlens Noel, who opened up about the great season he’s having thus far in 2018-19:

“Noel has finished nearly one-third of his possessions as the roll man in a PnR offense. He has produced 1.25 PPP, which currently ranks No. 17 (minimum: 30 possessions) this season. It has helped for the 6-foot-11 player to be on the court with point guards Russell Westbrook and Dennis Schroder.

‘They both know how to find guys, it helps me open things up and spread it out in pick-and-roll actions,’ he said. ‘It helps the whole team when I find my way to the basket as a roller. This team has a lot of pieces that really complement each other… We have only continued to better our chemistry in the second unit.'”

Along with the noteworthy pick-and-roll scoring numbers, Noel has put up 5.7 points, 5.1 rebounds and 1.4 blocks nightly this year. Those numbers may not seem like much, but considering his role and the fact he has to back up a talented big man like Steven Adams, it’s a very solid line. Per-36 minutes, Noel’s marks extrapolate to 14.5 points, 12.9 rebounds and 3.5 blocks, which gives an idea of the averages he could be posting in a starter’s role.

Noel is on Year-1 of a two-year, $3.8 million minimum contract, but since Year-2 of that deal contains a player option, it’s very possible Noel tests the open market yet again in the summer of 2019; his play this season certainly warrants a more sizable agreement.

Many questioned how Dwyane Wade would handle a backup role in this, his final season in the NBA. Would he try and force his way into the starting lineup? If not, once subbed in every game, would he become an inefficient chucker?

Commendably, Wade has answered both of those questions with a resounding no with his play thus far this year. The 2006 Finals MVP is putting up 14.5 points, 3.9 assists and 3.5 rebounds nightly in 2018-19, while shooting 35.6 percent from three, by far the best rate of his career. The only other players to post similar averages in their age-37 seasons are Karl Malone and John Havlicek, two other first-ballot Hall-of-Famers.

That’s ridiculous production for a player on a veteran-minimum deal worth $2.4 million. Furthermore, Wade is also still someone who the Miami Heat can depend on with the game on the line:

All in all, as is rarely the case with legendary players in their final years, it’s actually been fun watching Wade age gracefully and still produce efficiently on a nightly basis.

He probably has another few seasons left in the tank, but seeing the level he’s still currently at, it’s probably for the best that he’s ending his career on this high note. 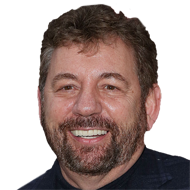 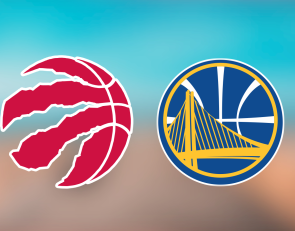 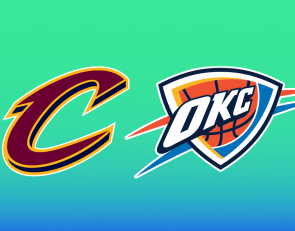 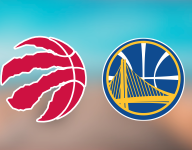 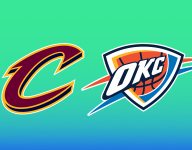 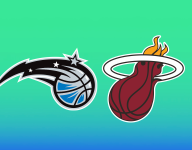 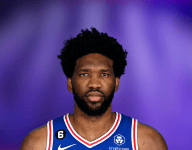 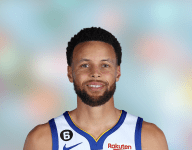 Stephen Curry fined for throwing his mouth guard during game 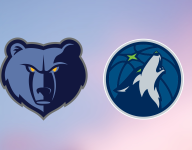 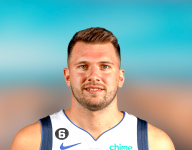 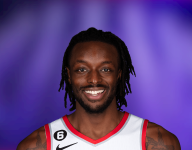 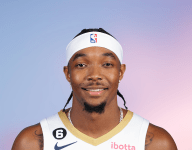