This was a classic matchup after the Celtics had defeated the Lakers in the 2008 NBA Finals in six games. The Celtics were scorching, entering with a 27-2 record and 19-game winning streak. The Lakers were not far behind at 23-5. Kobe Bryant and Pau Gasol combined for 47 points. The Lakers closed the end of the game by going on a 13-2 run, with Gasol scoring seven points and blocking a shot in the final three minutes. The loss was Boston’s first in a Christmas matchup between the teams since 1970. 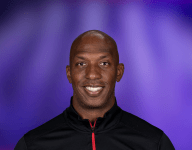